Why I'm Voting for Tom Cross for Illinois Treasurer on Tuesday 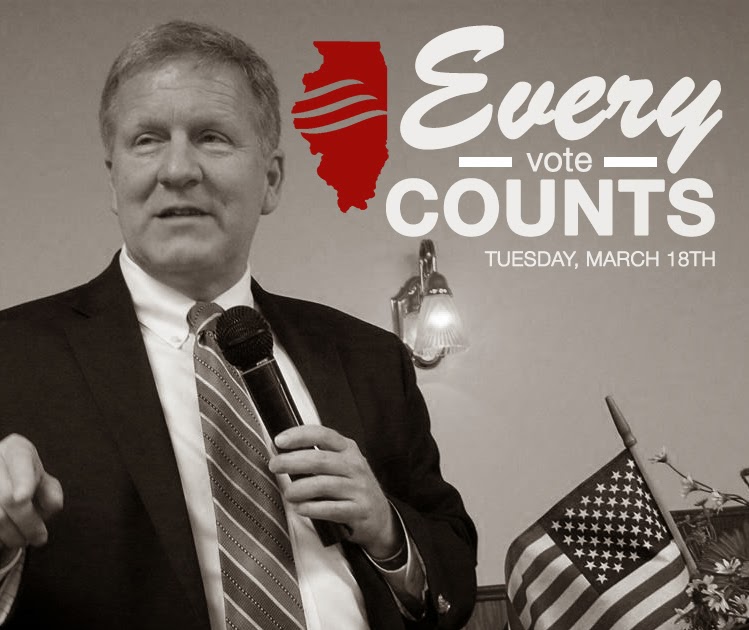 Tuesday, March 18th is Primary Election Day here in Illinois.  And while most of the attention in Illinois has been focused on the Illinois Governor's race between Bruce Rauner, Kirk Dillard, Dan Rutherford and Bill Brady, there is an equally important primary race being waged for Illinois State Treasurer.

On Tuesday, I implore you to ask for a Republican ballot and cast your vote for Tom Cross for Illinois State Treasurer.

I've had the pleasure of knowing Tom for more than a decade and having worked directly for him for about half of that time.

Head over to his website to learn more about his campaign.   Or check out this graphic to see what else others in Illinois politics have to say about Tom Cross.

But know this:  there isn't a more hardworking, honest or loyal man on the ballot.

The Illinois Republican Party is waging a battle between so-called 'platform conservatives' and people who want to expand the 'big tent' and bring in more voters based on smaller government and personal liberties.   Tom Cross is exactly the kind of candidate the Republican Party needs to win more votes and take these statewide races.

This race is a battle for who we - as Republicans in Illinois - want to be.

Bottom line:  I consider Tom Cross a friend and know he'd do a great job as our State Treasurer.

He's also earned the Chicago Tribune endorsement when they said:


"Tom Cross has been one of the more conscientious people in state government, a social moderate and fiscal conservative. In 12 years as House minority leader he provided a consistent Republican counterweight to the Democratic majority, but also showed he could work with the opposition. He was an early proponent of pension reform and negotiated and co-sponsored a substantial reform package with Democratic House Speaker Michael Madigan. They passed it in the House, only to see it stall in the Senate."

On Tuesday, I hope he'll earn your vote too.
elections IL Politics