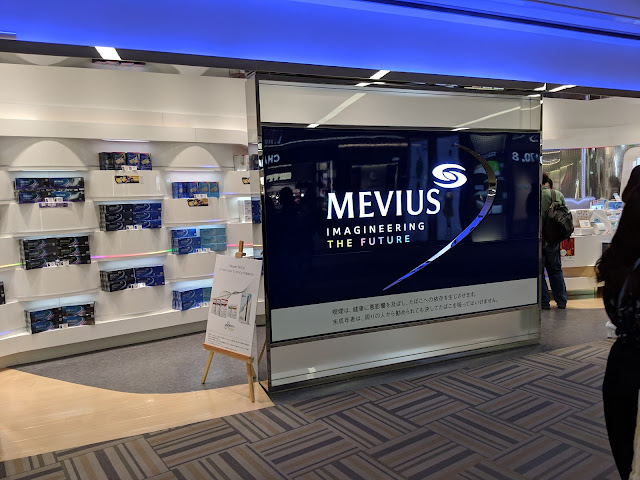 I mean...Disney Parks and Vape things.  Both are totally about Imagineering the Future.

This Vape shop is past the security setup at Narita Airport in Tokyo.

Also, for those wondering at home, turns out Disney didn't invent the idea of "Imagineering".  But they do *own* it:


Imagineering is a portmanteau combining the words "imagination" and "engineering". Imagineering is the implementation of creative ideas in practical form.

The word is a registered trademark of The Walt Disney Company, and is well known for its use within the name of Walt Disney Imagineering; however, contrary to popular belief, the term was neither coined by Disney, nor did it originate there. The word was "invented" by Alcoa around 1940, and appeared widely in numerous publications of several disciplines such as urban design, geography and politics, evolutionary economics, corporate culture and futures studies.