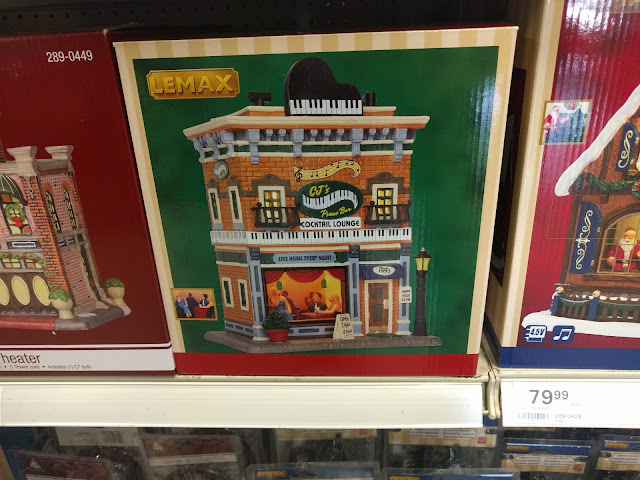 Our Menards in Melrose Park is in full Christmas mode these days.  They've set up the entire Enchanted Forest and now have their Lemax Christmas Village set up.  It *is* the most wonderful time of the year, isn't it?

There's a bunch of new structures up this year and we'll start with this one above: CJ's Piano Bar.  From the product listing on the Lemax site, this is a new building for 2016.  It has a nice 'inside scene' and would be a nice addition to anyone's mainstreet.  But, what about Mantleburg, you're probably asking yourself?  Welp, the Mayor has decided to keep the moratorium on new buildings and annexations until the entire town of Mantleburg gets settled into their new home, which is currently slated for Christmas of 2017.  The last addition was made official in January of 2016, but I'm pretty sure that the saw mill was sitting in my trunk for an entire year, so it was likely annexed in the fall of 2014 - two years ago.

I'll post about some of the other structures from Lemax later this week, but for now, it appears that they Mayor and the Town Council can't get their act together ever since they added the Haypenny Tavern to the town back in 2012.  Bunch of drunks. 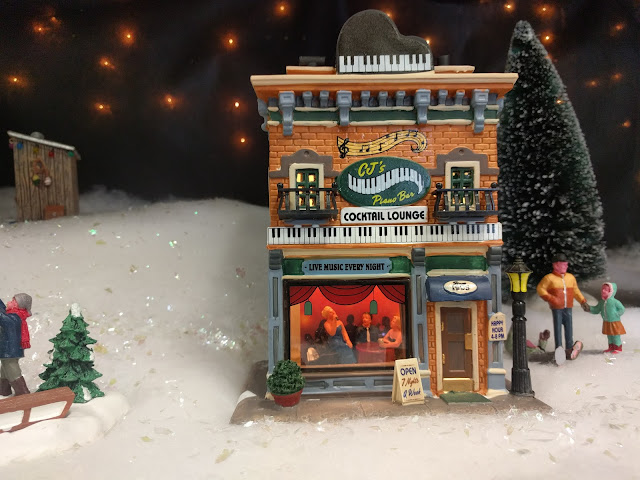