Showing posts from April, 2013
Show all

Word came out this week that the Elmhurst City Centre is about to get a new bar/restaurant called the Snuggery .   According to the Tribune: Another new restaurant is coming to the city's downtown. Ala Carte Entertainment based in Schaumburg, is planning to open one of its Snuggery restaurants in the space formerly occupied by the Embers restaurant at the southwest corner of Adelaide and York Streets, according to city officials.   The company operates a number of area restaurants under such familiar names as Finn McCool's, Moretti's and The Snuggery.   Plans call for the new place to open around mid-summer. The Elmhurst Snuggery will be the latest in a long line of restaurants at that location, a list that includes McNally's and Charlie's as well as Embers. I'm no prude, but taking a look at their site, it appears that the last thing this place is selling is their food.  At least based on the visuals/layout on their homepage - even though they say the
Post a Comment
Read more 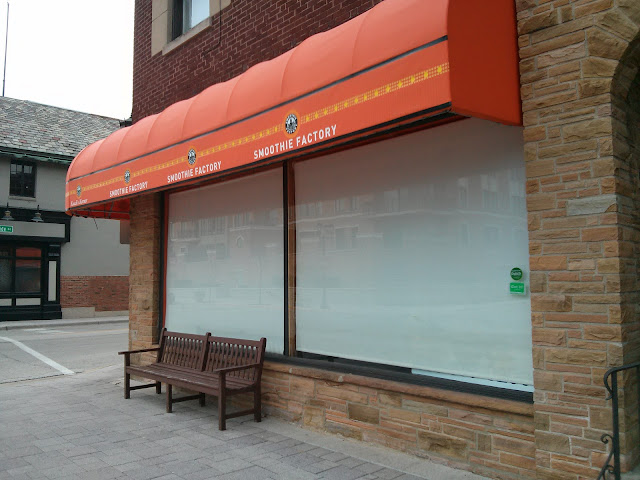 Goalie's Goodies - moving into the old Bleeding Heart Bakery - isn't the only change on the east side of York Street south of the tracks.  The Smoothie Factory has their blinds pulled down, the store emptied out and it looks like someone is picking flooring for whomever the next tenant is going to be. I don't know how long the Smoothie Factory has been closed, but they haven't updated their Facebook page since last September .  That post - which talked about soup - might help tell the story of why they're no longer open?  Of course, competing with Jamba Juice couldn't be easy, but....it is far too easy to move further away from your core offering when trying to make profits.   Panera offering pasta comes to mind.  Just focus on what you do best and make it the best in the area. The space that the Smoothie Factory occupied is HUGE, so I'm looking forward to seeing what moves in next.
Post a Comment
Read more 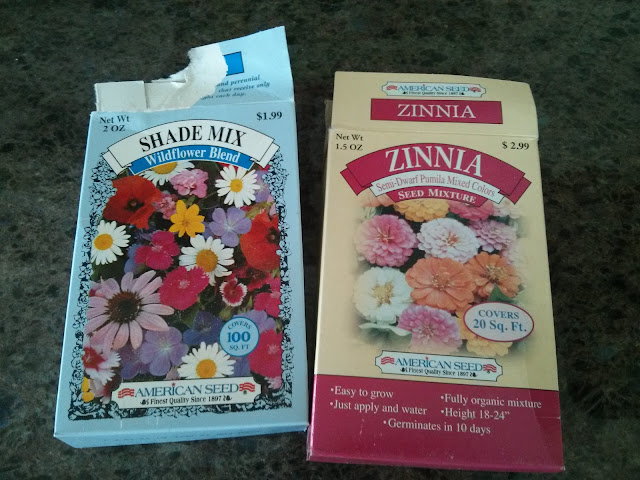 I found these two boxes of flower seeds in the garage today and figured it was well past time I put them down.  If I remember correctly, I bought them last year at Menards when they were on some sort of killer deal....like $0.25 a box or something. I put down the zinnias in the back yard in the sun on the south side of the beds.  And the shade mix?  It went east of our fence on the north side behind some boxwoods.
Post a Comment
Read more 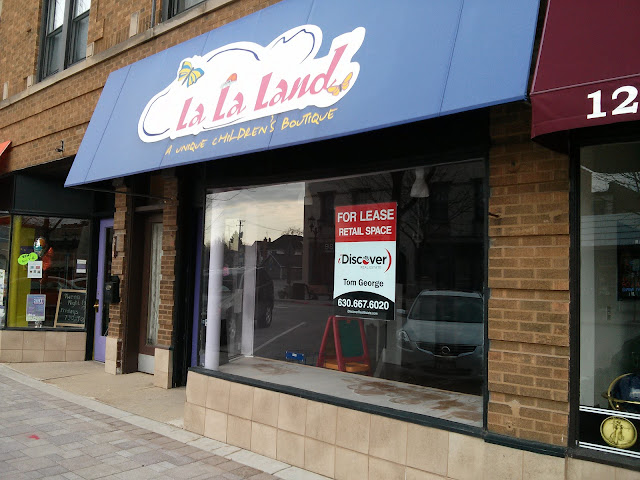 We hardly knew you.  Actually...I *never* actually knew you.  But...I think Nat had been in there both before it moved from across the tracks to this location on the east side of Addison Street.  This vacancy is right between the coins/gold shop and Splatters - the art store. Let's hope we're not going to get yet another Yogurt shop, right?
Post a Comment
Read more 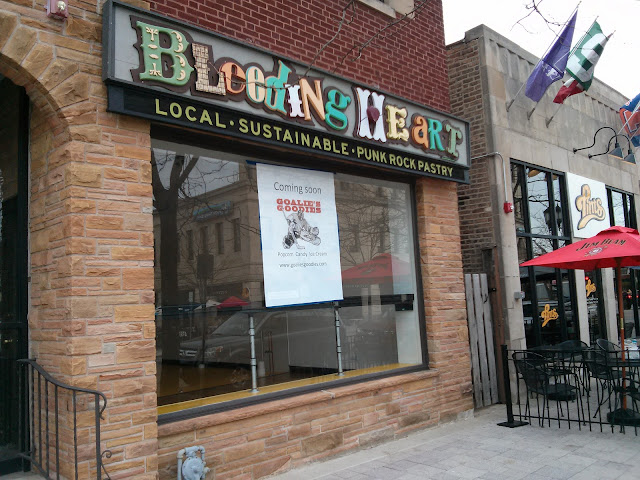 A poster was put up this week in the front window of the old Bleeding Heart Bakery on York Street in the City Centre for a new store called Goalie's Goodies .  They're touting their wares as Popcorn, Candy, and Ice Cream.  On their site, they just have an email address up so far, so there isn't any details about what they'll be offering or what the hockey connection might be (their logo is a hockey goalie). Might they serve up Garret's-style popcorn?  That'd be nice.  Other downtown's out our way have successful (seemingly?) corn shops like Well's Street Popcorn in Downers Grove.  If that's the direction this place is headed, I'm excited.  If they're going to lean on the ice cream side of the business, not so much.  After all, we already have Brain Freeze and Cold Stone in the ice cream category and the two - soon to be three yogurt stores.
Post a Comment
Read more 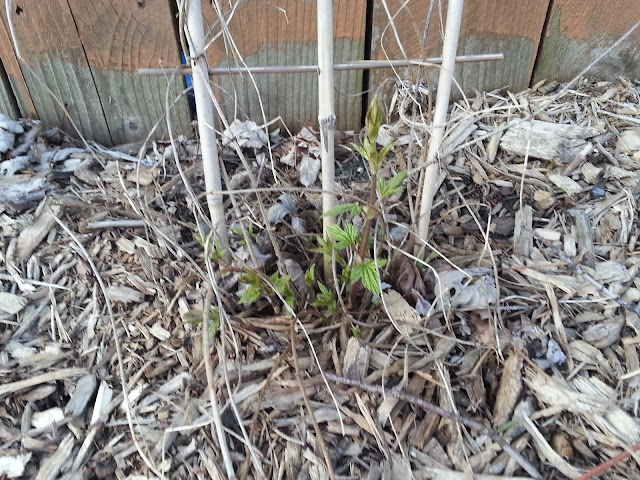 Last year, I planted just one Golden Hops vine in our sideyard.  It didn't bear any fruits, but that was anticipated.  Year two is supposed to be the year where we can start to see the vine shooting upward and bearing fruit.   I'm hoping we can actually harvest enough hops to have my brother-in-laws brew something with them! With Spring barely sprung here, I'm happy to see the vine peeking through the mulch this morning. I have to get the larger trellis behind this small one because it looks like it will be moving fast.
Post a Comment
Read more 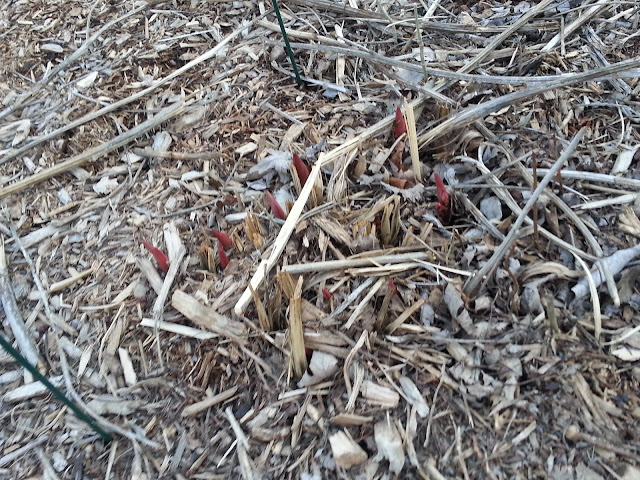 In a sure sign that I need to get going on the yard cleanup, most of our Peony plants have their red tips popping through the mulch.  I've chronicled this moment in 2010 , 2011 , and 2012 . Seems like they're right on track.  One year, they were up in early April.  One year they were up in early May.  This year?  Mid/Late April.
Post a Comment
Read more 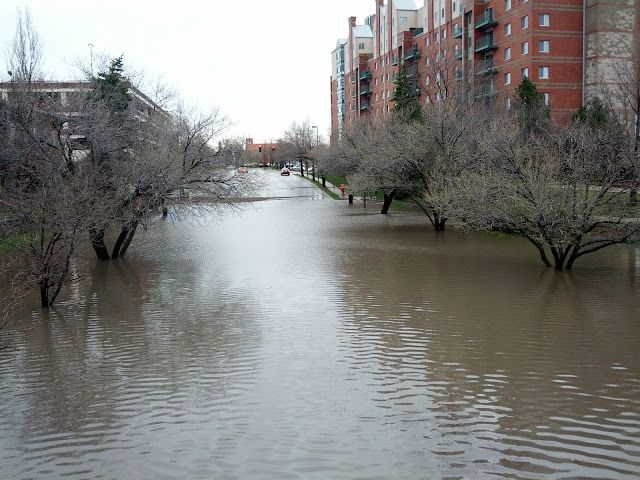 This is the main route around Downtown Elmhurst.  As you can tell...it is un-passable.  The last time I spotted the Palmer Underpass in Elmhurst flooded was back in July of 2010.   Here's the photo of that flood . Can't tell, but I *think* this time the water is higher than back in 2010.
Post a Comment
Read more 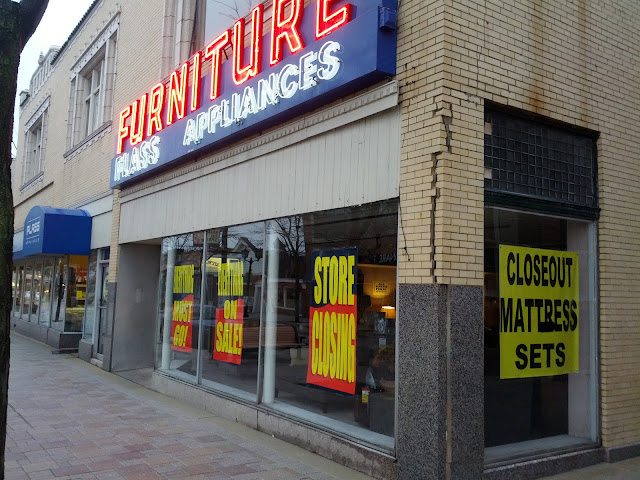 Anyone who has spent a moment in our City Centre the past week has likely seen the sad signs hanging up in the Plass Appliance store on York:  they're closing .  It isn't just the Elmhurst location, but everything up here in Illinois including Elmhurst, Geneva, Naperville, and Addison. This is going to be a massive street-level hole right in the heart of Elmhurst's City Centre.  Both a huge problem, but also a HUGE opportunity.  There are *at least* 2 storefronts they're leaving behind and what looks like either offices/apartments upstairs.   What can we recruit to set up shop? And...what is going to happen to the big neon sign?
Post a Comment
Read more 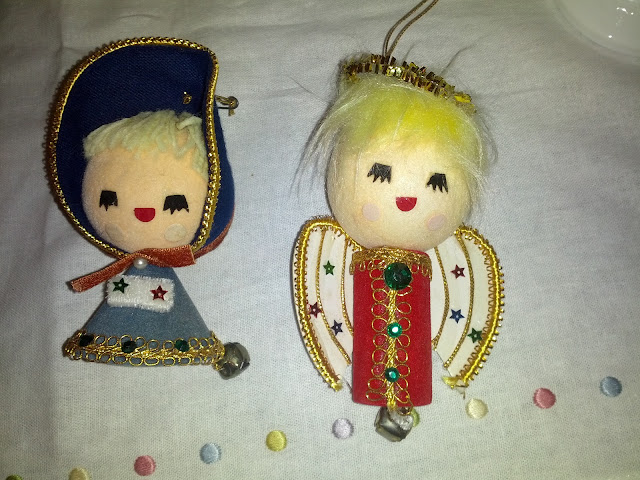 This weekend, we stopped at 3 Estate Sales all in Elmhurst.  Maybe it is the season for such things? I picked up these two Christmas ornaments for $0.25 for the pair of them.  They're in really great shape and are super clean.  They have a great set of "Japan" stickers on them, too. I think they'll go great on the tree next year.  Now, I have to figure out a way to store them for 7 months - and locate them - when we need them.  With our Christmas stuff packed away, that's easier said than done.
1 comment
Read more 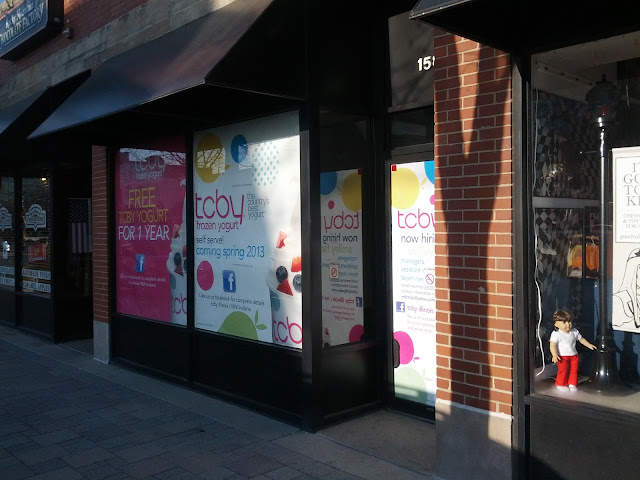 Because....you know....what Elmhurst totally needs is another frozen yogurt shop. This one is going in on the west side of York Street in the old video game store. I'm a free market-kinda-guy, so these guys coming to town is fine with me.  It seems like a more logical place (size-wise) for an ice cream shop compared to the enormous space the fine folks have set up across the street.
1 comment
Read more 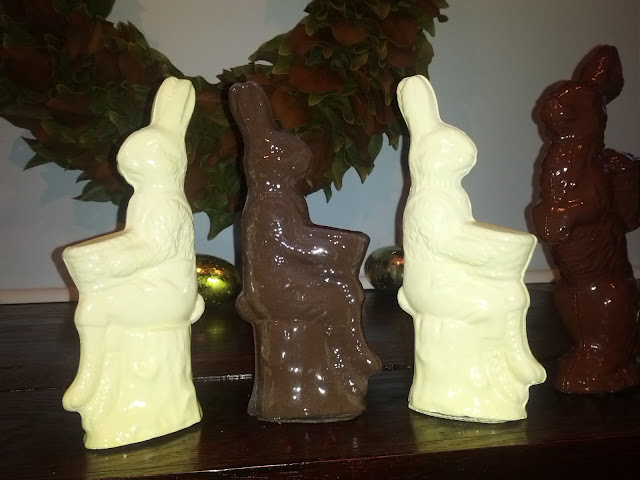 For the first time, we made some 'white chocloate' faux Easter bunnies.  The mold ( here ) was the smallest one I've worked with of the three years.  In the photo above, the white ones almost look matte, but they have the same shine on them that the chocolate ones do. Here's the 2012 edition . Here's the 2011 edition .
Post a Comment
Read more
More posts