Posted by Jake Parrillo on March 16, 2010
Earlier this winter, I wrote about the old Lou Malnati's menu and mentioned that as I was waiting around for my pie to finish up, I spied an old Chicago Tribune article posted on the wall that included the original Lou Malnati's Italian Salad Dressing Recipe.  The Tribune reporter called it "prized".  We were set to host a little pizza party over the weekend, so I figured I'd give it a shot.  Here's the article as seen through my mobile phone's camera.

I'm not a wine drinker, so the fact that the recipe called for Burgundy wine didn't strike me as odd.  I went shopping at Angelo Caputos in Addison - a really incredible shopping experience - and when I got to the wine section I found Burgundy wine was carried ONLY in those HUGE jugs.  And they were dirt cheap.  The only issue is that needed just 4 ounces.  We ended up with a whole-lotta-wine that Nat won't drink.

I've taken the recipe and modified it a bit by eliminating the percentages (60% of 32 ounces is 19.2 ounces if you want to be perfect and true to the original).    I did, however, stick with the "quart" as specified by the old Tribune piece.  Mine turned out a pretty shade of red.  The photo is a bit misleading - it isn't red like French Dressing, but has a redish tint.  Quite tasty, too! 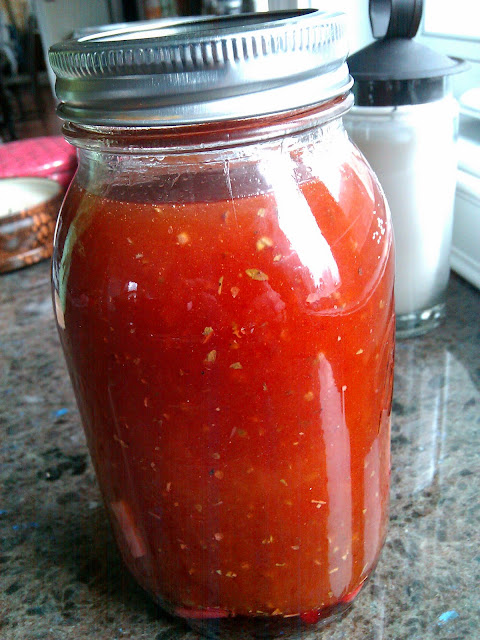