Wall Calendars Turned Over to October - 2016 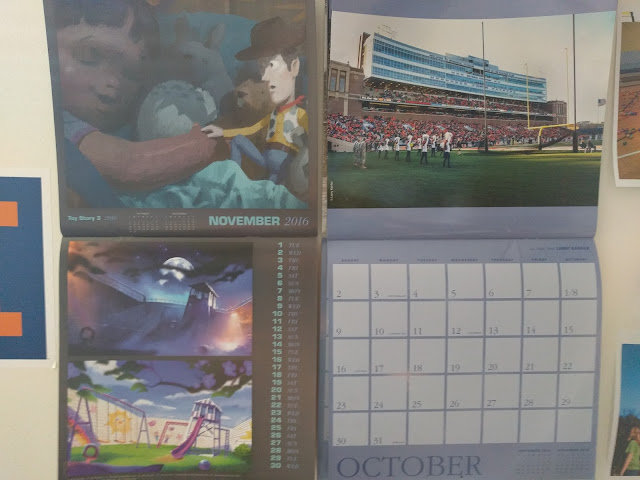 This month's wall calendars feature Toy Story 3 on the left in the Pixar calendar and the one and only Memorial Stadium on the right in the University of Illinois wall calendar.  October is - maybe - the best time on campus, so I love seeing the football team featured in the month.

Last year, I turned the calendars over on the 8th of October, so that means I've gained another four days in the annual contest.  At the end of September, I was up -21 days.  So, this thing might just be over before December even starts.