Posted by Jake Parrillo on July 19, 2011
A month back, Nat and I snuck out for a date night that included a stop at a pizza place on our list and a comedy show that was part of the TBS Just for Laughs Comedy Festival.  We picked Spacca Napoli - #15 on the list of the Top 25 Pizza Places in Chicago.  And while it comes in ahead of such notables as Louisa's and Aurelio's, I can tell you that this one is ranked too high.

The place itself couldn't be cuter.  It appears to just spring up in the middle of a residential neighborhood and has a ton of outdoor seating.  It is VERY popular and we had to wait about an hour to get our table.  We weren't in any hurry, so that was fine.  We ended up sitting outside and as the night wore on, the temperature dropped.  So, we might have outsmarted ourselves with the outdoor seats. 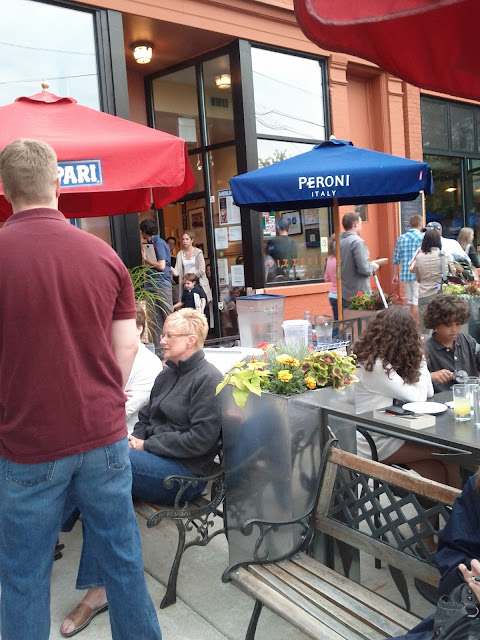 The menu is filled with what we've come to expect at most neopolitan places:  a few twists on the Margherita and a bunch of white pies.  I went with the Diavola and Nat (surprisingly) went with the Funghi e Salsiccia. 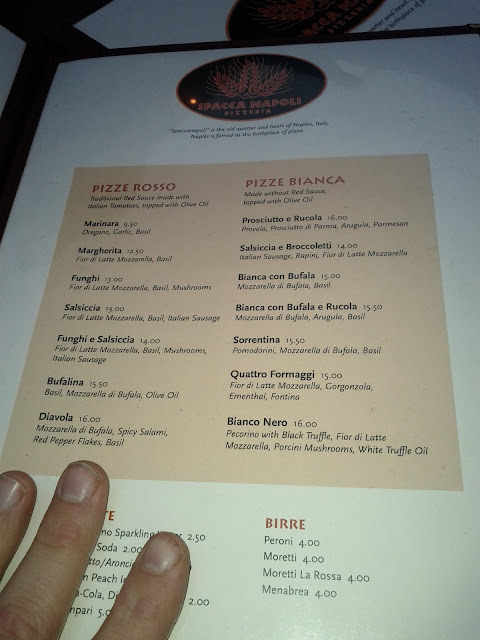 It wouldn't have been a good night without a Moretti.  I think I've finally settled on Moretti vs. Peroni. 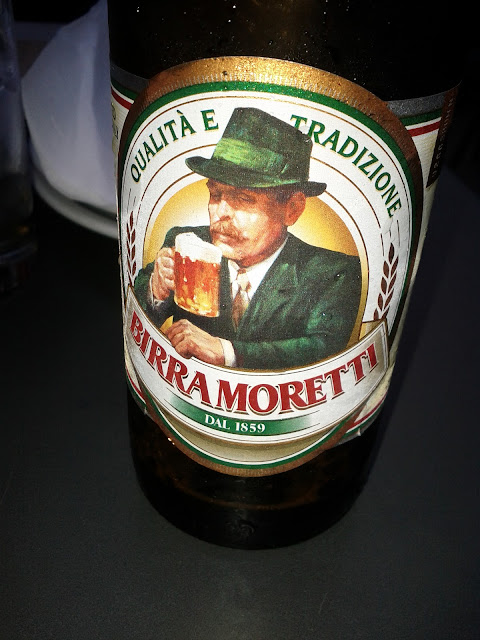 My Diavola arrived and looked promising.  The outer lip was leopard spotted, but the center seemed a bit under-cooked.  The bufalo mozzarella was generous, but the application didn't seem right.  Nor did the two little leaves of basil.  This is summer - basil is plentiful! 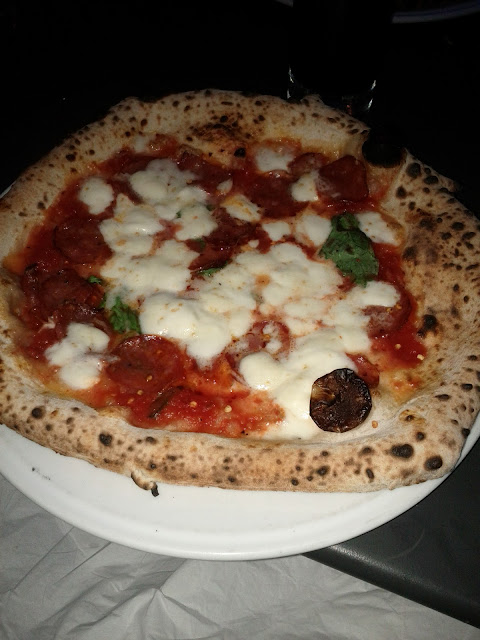 Nat's pie looked more promising.  But, the pizziolo - just like on mine - focused everything in the middle of the pie making it soggy and not evenly distributed. 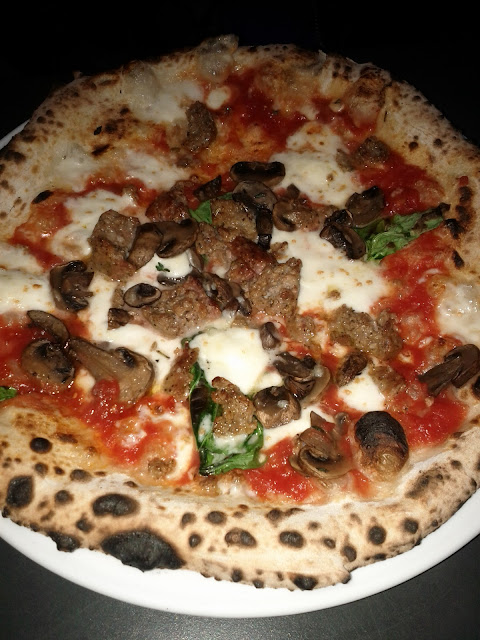 We were all waiting for the upskirt, right?  Here it is.  Average char, but that wasn't the problem.  The water and moisture that came out of the cheese and toppings were way too much for this lackluster crust.    You can see the water pooling up at the tip of this slice.  That's pretty disappointing to me - as a crisp pizza lover. 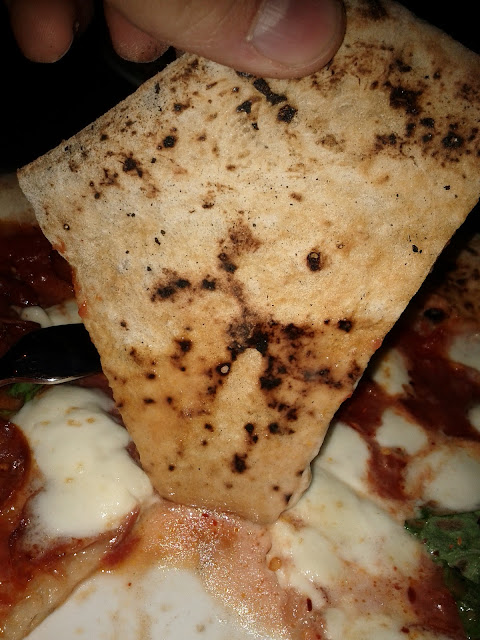 Maybe it was late in the night or a bad day for the dough, but the hole structure in this handle of the crust was pretty bad.  Not much puff OR crunch.  Bummer. 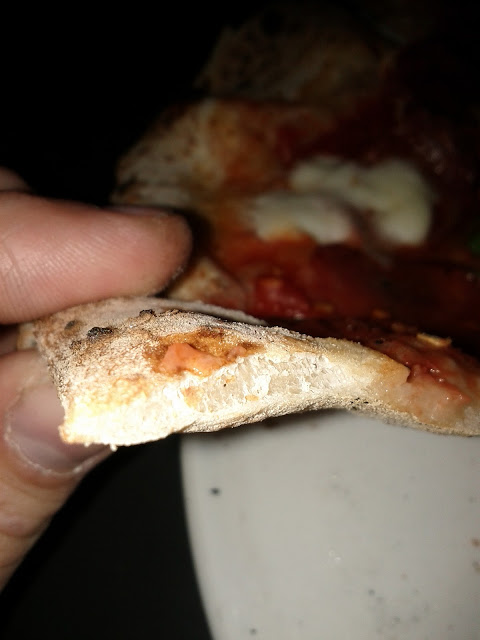 While the pizza was just ordinary, the price was crazy.  For just the two of us, we spent more than $85.00.  That's about double of what we normally spend on a 'date meal' for the two of us.

I'd put this further down the list than #15 - if on the list at all.  I loved the idea of this place (an authentic place dropped down in the middle of a neighborhood staffed by Italians), but the execution was just off.  Perhaps it was a bad day with the dough or with the oven.  Either way, it still doesn't explain the prices.
chicago daily dining out pizza