Posted by Jake Parrillo on August 12, 2010
Coalfire Chicago (site)
1321 West Grand Ave, Chicago, IL  60642, (312)226-6447
Pizza Snob Says: Coalfire is the ONLY coal-fired pizza oven in Chicago.  They churn (and I really mean churn) out Neapolitan pies with a chewy crust with the true burnt/charred edges around the perimeter.  Although they don't use fresh mozzarella, they don't skimp on the toppings like most Neapolitan places.  They're kid-friendly and the owners/staff couldn't be more pleased to have you in their restaurant.   Is this *the best* pizza in Chicago and suburbs?  Nah...but it is good enough to warrant a return trip.
Rating:  Five "Ats-a-Nice"

First things, first.  This is the first of 23 trips to the top 23 pizza places in Chicago that Nat and I are attempting to make in a calendar year!

Sitting in (what I would call) the West Loop is this unassuming storefront pizza joint.  Looks a lot like plenty of places scattered across the city.  The big difference here?  Behind that glass lies the ONLY coal-fired pizza oven in the City of Chicago.  My friend Tony put in the recommendation and when this place came up on the list, I knew we had to go. 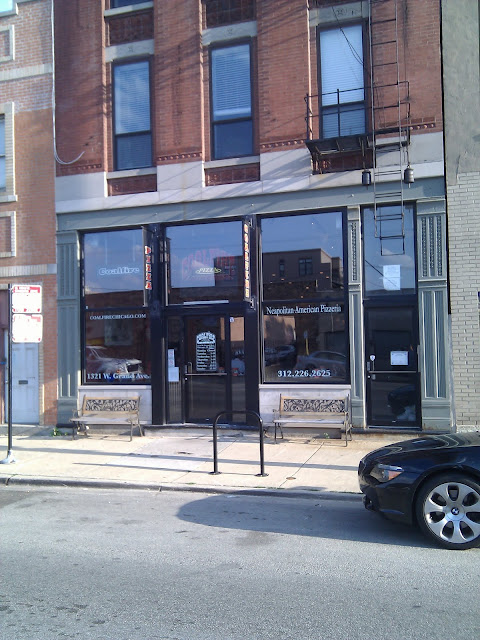 We arrived for an early dinner and the restaurant had a few tables seated.  With our baby in tow, we grabbed a table as far away from the other diners as we could.  With this one-room dining room, we didn't end up getting that far away.  The dining room is, frankly, lightly decorated.  There didn't appear to be a theme (which Nat pointed out was really a disappointment - what, with the natural coal-miner tie-in.  She pointed out that there *had* to be tons of prints they could locate of dirty coal miners.) but was bright enough.  The focal point in the back of the restaurant was the open kitchen and the behemoth that is their coal-fired oven. A tad disappointing to see it on the metal stand and only with a single slab of marble on the face.  I wanted to see something a bit more built-in.  But, this place has only been open a year(ish) so they'll have time to get a more lived-in look.

As for the setup and ingredients, they utilize empty tomato cans on the table for pizza stands.  But, they're no ordinary tomatoes.  They're Alta Cucina Plum Tomatoes - they claim to be the best tomatoes on the planet.  They're "San Marzano-style" as they say that anyone who claims to have real San Marzanos are just lying.  One thing is for certain - the tomatoes didn't stand out.  Just as you would expect from a Neapolitan joint. 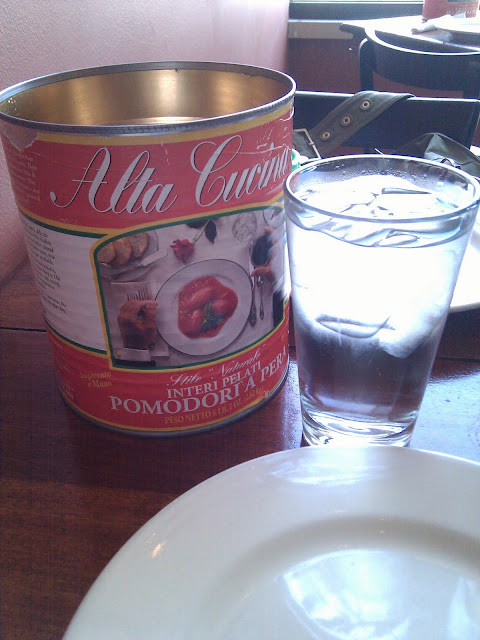 We ordered the Fiorentino which boasts salami and roasted red peppers.  As any good pizza snob would point out, I'd have prefered Sopprasetta, but the salami - which others say is brought in from the Columbus Salame Company - was ok.  It didn't have a lit of zip to it, which the pizza could have used. 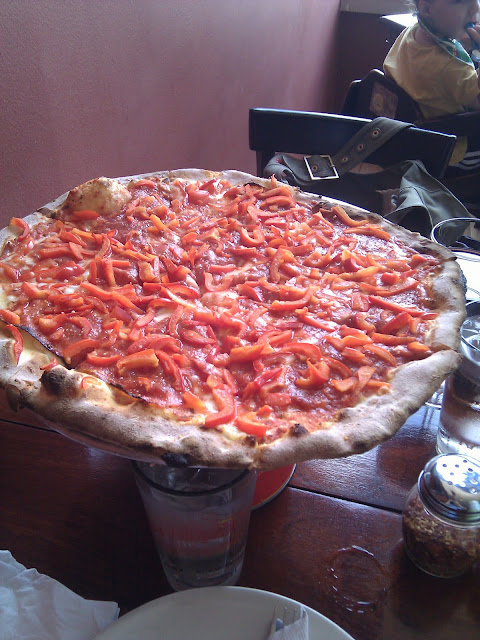 The menu is pretty robust and includes the standard Margherita as well as some other combinations including the Meat which has the salami as well as sausage and pepperoni.  Aside from Nat not being remotely interested in the Meat, it had pepperoni - which for an upscale shot is a bit of a disappointment.

As one would expect, this place focuses on the crust.  And, it is VERY good.  It was cooked perfectly if you were a crust guy.  And....I think that's the type of folks who would really LOVE this place.  Here's the upskirt. 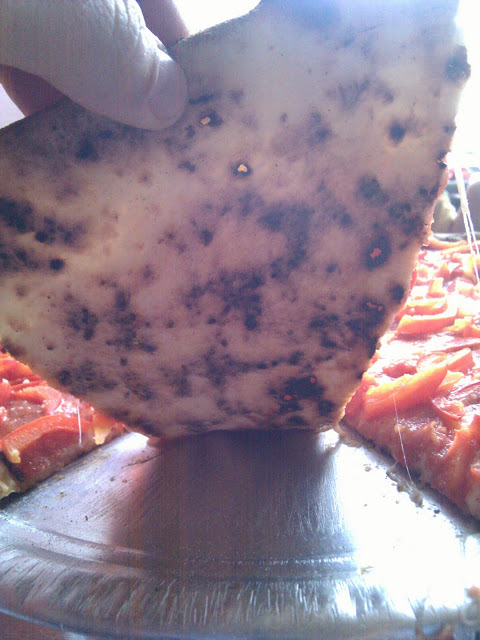 At the end of the feast, I've come to a realization:  I'm more of a toppings guy than a crust guy.  Sure...I do love a good crust, but I prefer tavern-cut pies that are LOADED.  We'll go back to Coalfire Chicago when we have guests with us, but I don't need to rush back for the pies tomorrow. 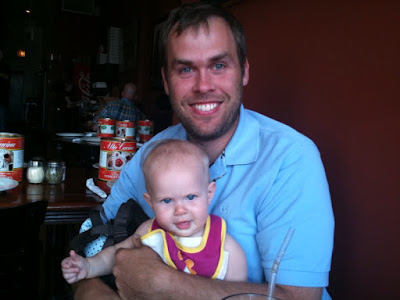 Thumbs up from the Babe!
chicago chicago pizza snob pizza