Big Flats 1901 Lager - Only at Walgreens

Posted by Jake Parrillo on January 09, 2011
Move Over, Trader Joes.  There's a new Private Label beer on the town.

Did you know that Walgreens has their own private-label beer?  I spotted a big display of Big Flats 1901 Lager in the store in Downtown Elmhurst and was a bit confused.  First...I didn't even know Walgreens sold beer.  But, not just any beer.  Cheap beer. 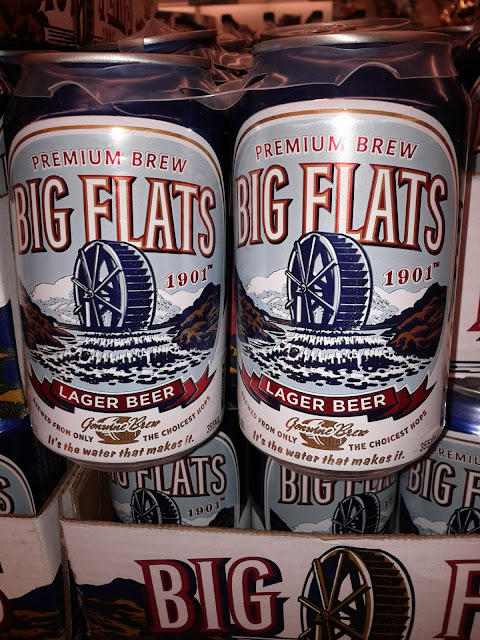 Although they bill it as "Premium Brew" made from the "Choicest Hops", the guys over on BeerAdvocate say that although it isn't the tastiest beer you'll drink, it is passable.  They, do, however recommend that you drink this stuff ice cold to enjoy it.

For me, the cans are pretty cute and the price is right:  a six pack was on sale for $2.99 for a six pack.  The other intriguing part is that this stuff is brewed in New York by "Brewers Choice", but the BeerAdvocate guys say that it is actually brewed by Genesee Brewing and is ONLY sold through Walgreens.


Sounds like a nice beer to have in Coloma at the lake, right?
beer daily dining out Food shopping