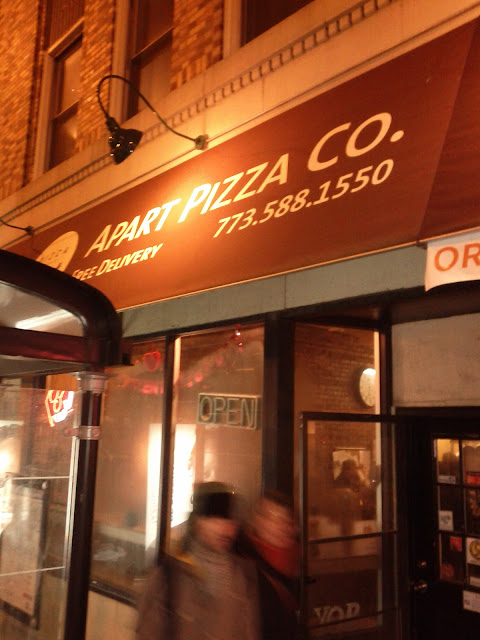 Coming in at #16 on the Top 25 pizza places list, I was excited to give this place a shot.  Natalie had scored us a groupon or living social coupon for half off, so we had already committed the money to this place, so there was no turning back.  We decided to go to the Montrose location without doing a lot of research.  The location was closer to the expressway and being suburban folks that matters A LOT.

When we arrived, I was surprised by the size.  This is a take-out place!  There is only 2 tables and a counter to sit at!  Fortunately for us, we were the only ones dining in. That probably was because we arrived before 6 - baby dining out hours.

We took two of our nephews with and had a great time in the car ride down - watching Garfield and giggling along.

When you walk in, you see the pizza prep area right away.  There were two guys working hard to create the pies.  The ovens are conventional gas ovens so they're tucked away on the left side.  Apart must do a heckuva lot of delivery business because they had 5-6 guys standing around waiting to take pies out the door. 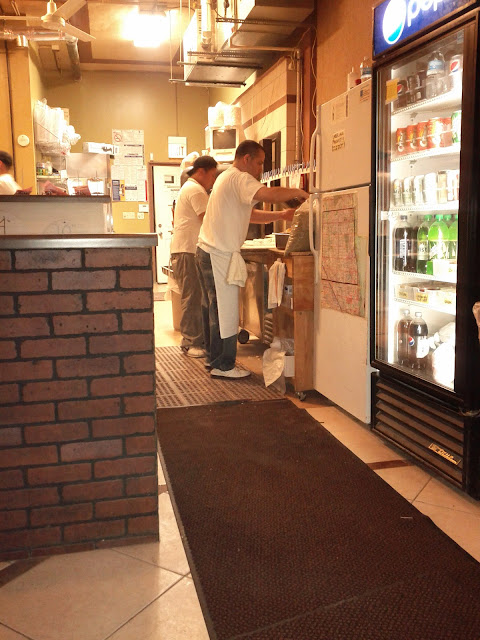 We ordered two different pies.  First was the tri-colore with mushrooms.  Tasty pie.  This one was right in Nat's wheelhouse. 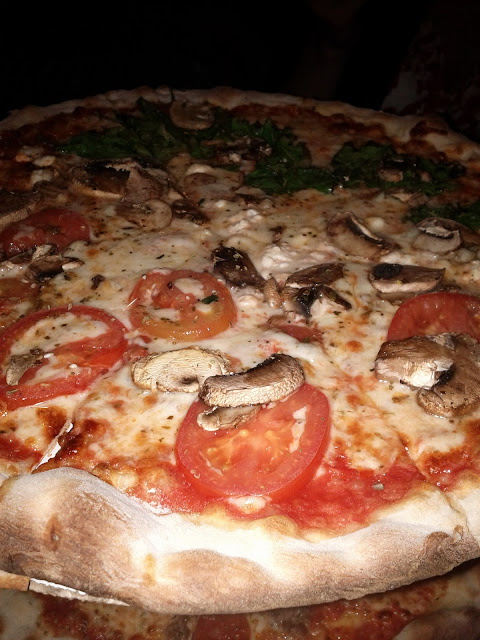 We also bought an Apart Signature pie - which is sausage and pepperoni - right in *my* wheelhouse. 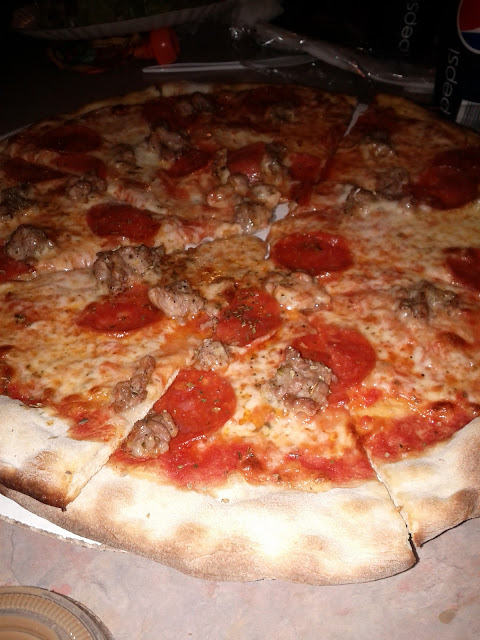 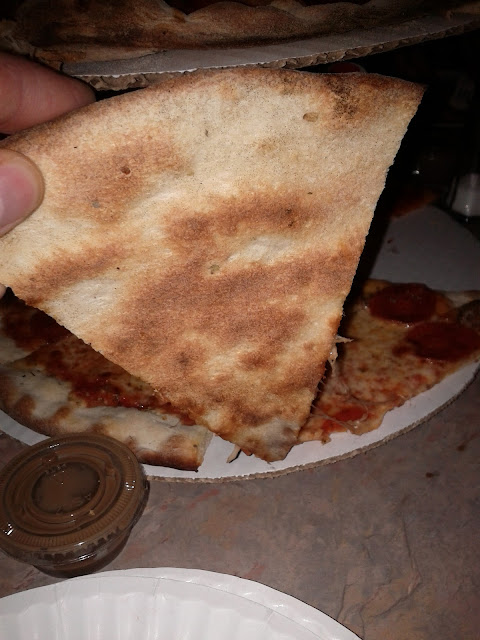 I've eaten a lot of new Neopalotian pizza and much more south-side greasy thin crust pizzas.  But...I haven't had a lot of pies that are like Apart's.  This is a hybrid pie - not quite Neopolitan, not quite Chicago-style.  They cut it into wedge-sized pieces and it cooks pretty fast (like 5-10 minutes), but it isn't floppy - rather a bit more rigid.

The company bills it as "genuine" Italian pizzas, but there are plenty of folks who will take offense to that claim.

Never the less...this was good pizza - NOT Great pizza.  But...there was REALLY easy parking.  However, since it really isn't a restaurant - rather a takeout place - the experience left something to be desired.  I put this a slot below Coalfire.  (my post on Coalfire is here)

I don't see any reason to go back, but if you're in the neighborhood, forgo the faux-ice cream at Drew's Eatery next door, and grab a pie at Apart.  You won't fall in love, but at least you'll be happy.

The Babe endorses Apart.  Sort of. 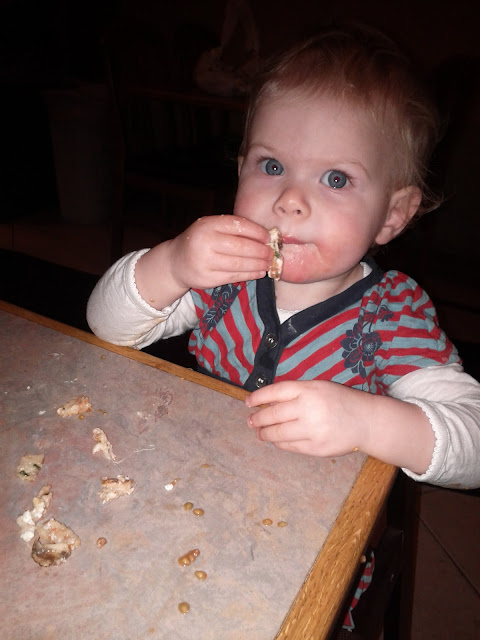