Posted by Jake Parrillo on February 09, 2011
*NOTE* Yes...This post is out of order.  We went to Pequod's a while ago, but I forgot to post the pics and review.

We drove up to Morton Grove planning on hitting up Burt's Place for some deep dish pizza on a random Tuesday - not heeding any warnings about pre-ordering our pies or any of that jazz.  Pulling up to the place, I was excited:  this place is a dive!  But...being the #8 pizza on the list, I was sure this would live up to they hype. 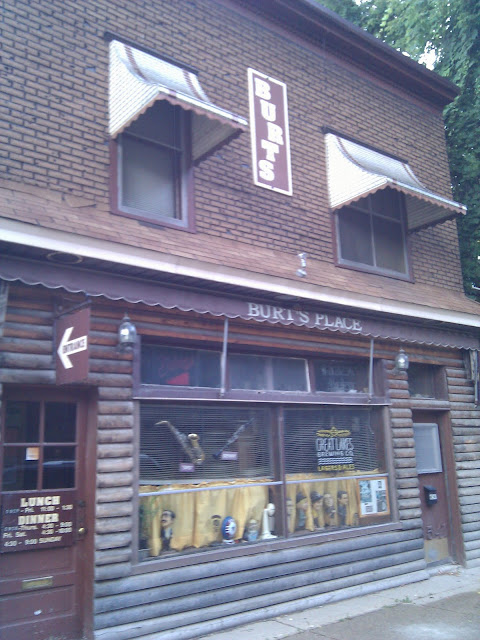 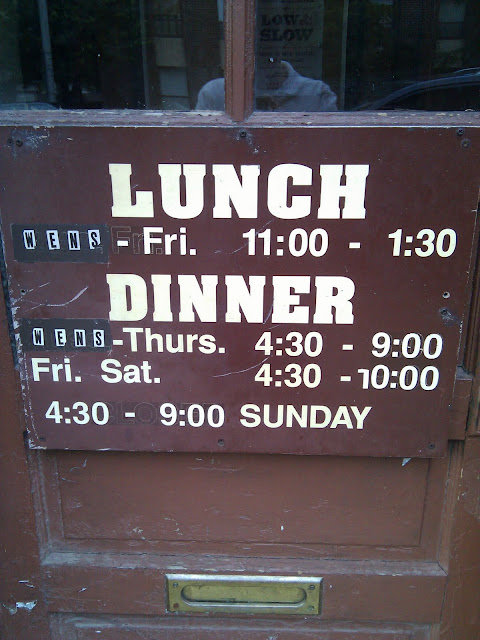 But....lucky for us, all was NOT lost.  You see, Burt Katz - the proprietor of Burt's founded a little place called Pequod's - which just so happens to be on the list, too.  And the best part?  The original Pequod's is LITERALLY right around the corner from Burt's.  Off we went.

My only experience with Pequod's was their City of Chicago location, but turns out this place was where it all began. 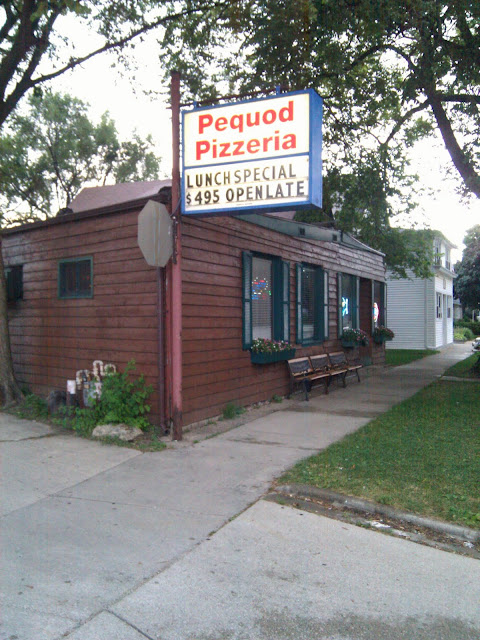 Established in 1979, Pequods in Morton Grove has been churning out award-winning pies for more than 30 years - with their caramelized crust ever since. 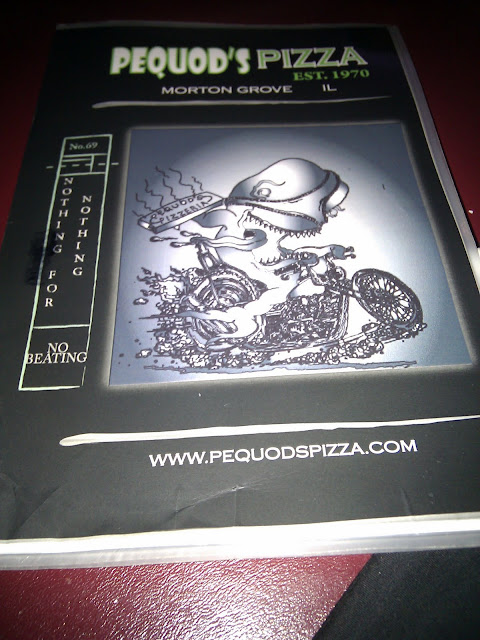 We ordered a half-sie pie with my half being sausage and Nat's being spinach.  The sausage at Pequod's is terrific, but the key feature is that 'burnt' crust.  Seems like it is a layer of cheese that gets spread around the edge that chars up nicely at times -but there's a risk:  sometimes the char/caramelized crust goes a bit to far and imparts a burnt flavor over the entire pizza.    Unfortunately for us, that's what happened on our visit.  Still....the pizza was VERY good, but it wasn't Louisa's. 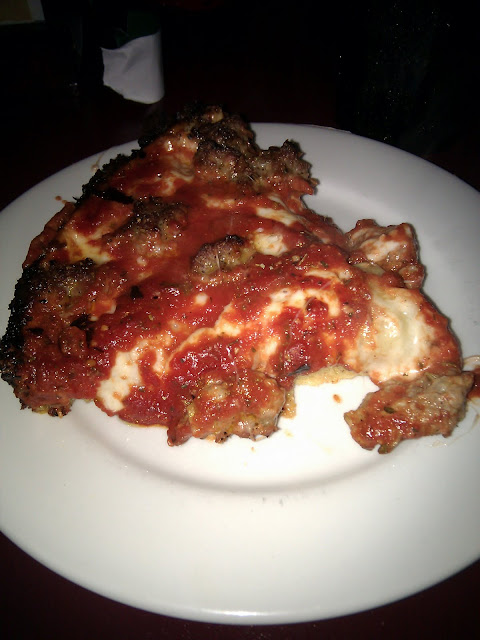