Posted by Jake Parrillo on September 08, 2011
This place came in at #12 on the list - which is surprising once you find this place.  It is way out on Lake Street under the El tracks and kind of isolated.  At least for this suburban guy, it felt isolated.  The place from the front couldn't be cuter, though.  In the front part of the store, they have a deli/bakery in each of the front windows.  I don't think they're actually open to the public (I don't think you can come in off the street and buy meats to take home), but it seemed like they're using it to 'serve' the restaurant.  When we were walking out, a waitress was picking up a salami plate from the deli counter and was set to deliver it to a table. 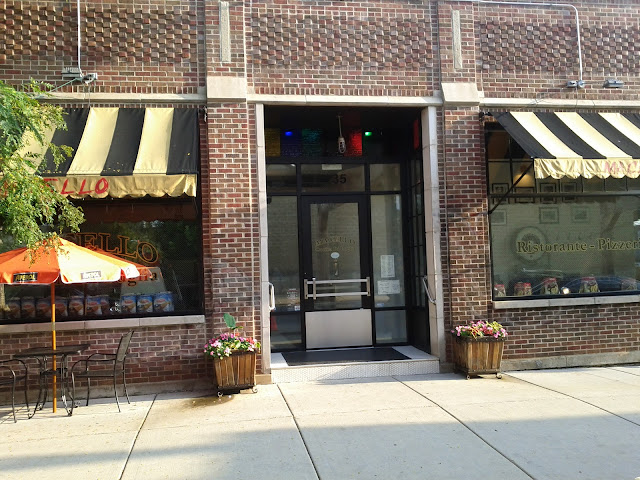 This is one of those places that you must have to *know* is here to get there, I suppose.

But since it was on the list, we had to try it.  For those keeping track at home, here's the full list of pizza places we're trying.    This was NOT the best Neapolitan pizza we've had.  I'm clearly biased against Neapolitan a bit, but I've had better.  I've also had worse.  Coalfire was better.  Spacca Napoli was worse.  (perhaps the $85 bill for 2 pies colors my opinion on Spacca Napoli!)

When you walk into the place it is a bit jarring.  This isn't your traditional small 12 table pizza joint.  The place is HUGE.  And colorful.  We had the Babe with us, so we were eating a little early (6 pm), but the place was dead.  Just a few other tables were filled.  That was kind of sad. 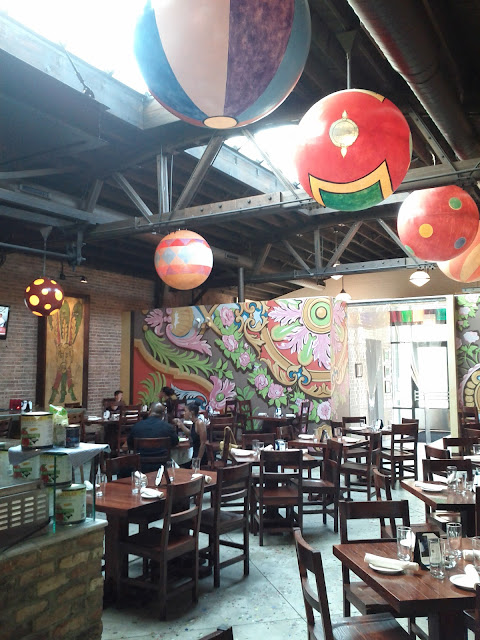 Turns out, the pizza is just a small portion of the menu.  This is a traditional Italian joint - with pastas and steaks and chops and such.  Pizzas are off to the side of the menu.  They have a bunch choices with some interesting combinations. 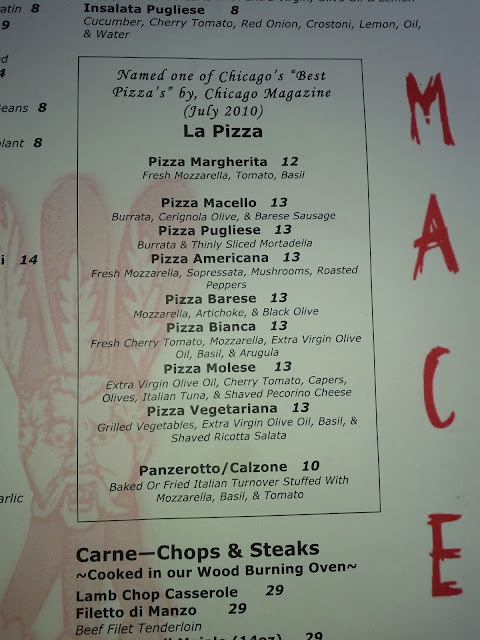 My dining mate went with the Bianca - which was the recommended pie.

I chose the namesake (Macello) that had these very colorful (and salty) olives. 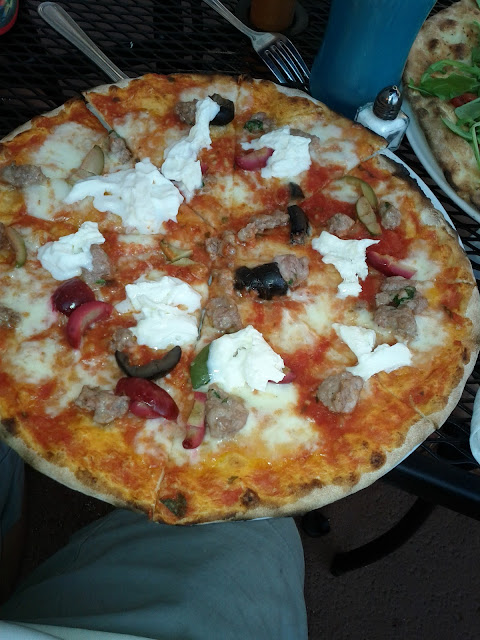 The upskirt.  Interesting texture, but not charred enough for me. 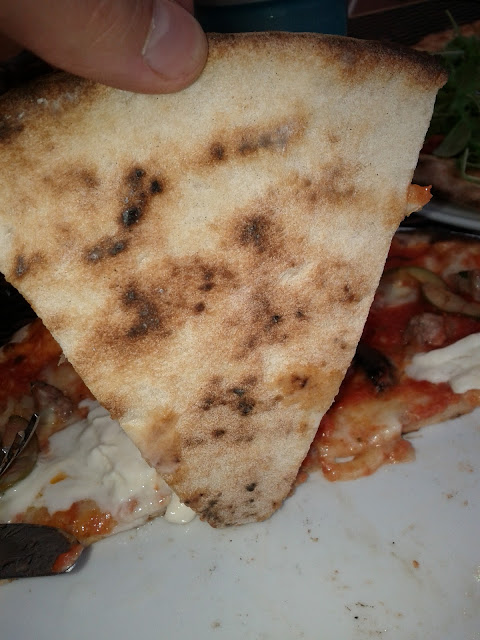 It wouldn't be a pizza post if I didn't include a shot of the oven.  Based on the char on the front and the big vent up there, this thing wasn't built properly and isn't drawing the smoke up the chimney enough.  That's a shame. 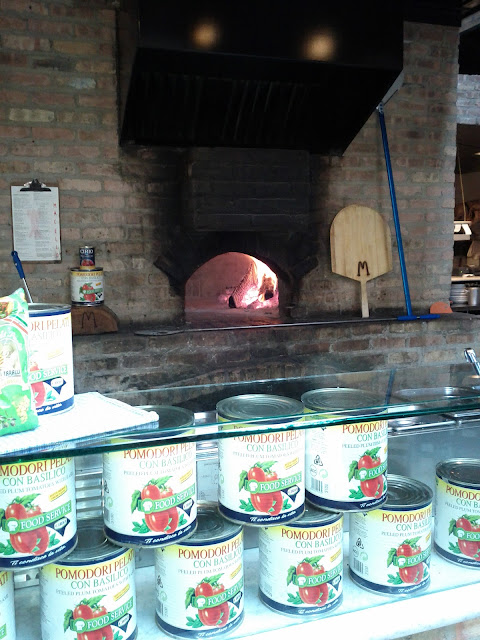