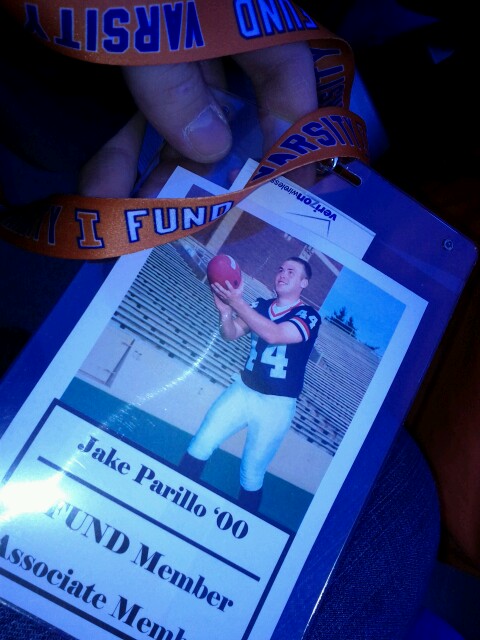 This afternoon, the University of Illinois Athletic Department hosted Varsity "I" weekend, where they invite back all the former-athletes to campus for a series of festivities.  They bring us down on the field before the game which is always fun, but this year they made our passes/lanyards a little bit more special by including a photo of everyone from their playing days.   My dad and the Babe both came down on the field with me and we snapped a bunch of photos.  I'll share those later.

Yes!  That's me up there in the photo during (I think) my sophomore season posing for my personal photo right after the team photos.  Look at those uniforms - no stripes on the pants.  That was all the rage during the 90's.
daily footall illini