Posted by Jake Parrillo on January 10, 2012
The holidays ALWAYS go by so fast, so like in year's past, I tried to take a look back to chronicle the things that made this year special.  This is the 3rd year of putting together a list of My Favorite (Holiday) Things.  Sorry, this isn't like Oprah, so I'm not giving out any of these things to you guys just yet.  But, perhaps they can make your holidays next year brighter by including them in your plans.


1.  Tammen Tree Farm - The ONLY honoree that has appeared on all three editions of MF(H)T.  Each year, we head down to Wilmington to cut down a few trees with the Morans.  Our 2011 tree - a 8 foot Fraser Fir - looked great in our living room. 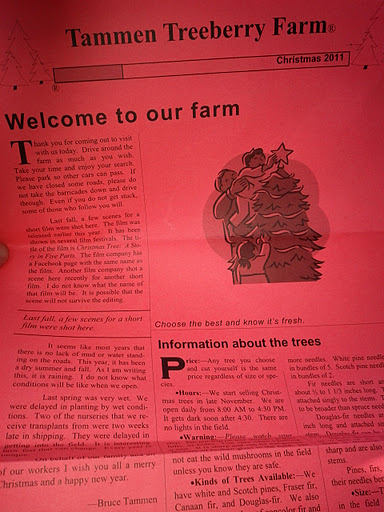 2.  Having a project - This is a two-time honoree.  This year, I had a MASSIVE project in the basement, but I also took some time to make a DIY Basketball rack for Equation Boy/Man for our gift exchange.  I have bigger aspirations for next year, but I'll hope to at least keep doing one project each holiday season.
3.  Samsung Galaxy Nexus - Everybody likes a new gadget.  Especially a fast/snappy one like the Galaxy Nexus.  Last year, I was digging on my CR-48 Chromebook, this year the fine folks at Google and Samsung have delivered a drop dead gorgeous handset.
4.  Muppets Christmas Carol - I actually didn't get to watch one scene from the movie, but I sure listened to A LOT of it.  I think Nat was the one to pop this movie into the DVD player in the back of her car, so wherever we went together as a family, we listened to Michael Cain rabble rouse with Kermit and the others.  "We're Marley and Marley....whoaaaa......"
5.  A Christmas Story Musical - A few days before Christmas, we were lucky enough to head down to the Chicago Theatre to see "A Christmas Story" - the musical.  Adapting such an incredibly well known (and loved) film is a tough task, but they did a great job using a radio program/host as a nice device to view the period piece through.  Ralphie to the Rescue!
6.  Candycane Joe-Joe's n' Cream Ice Cream - Back on the 2009 list, I included Peppermint Joe Joe's and even called out the chocolate-covered version.   There's always (it seems) to be a TJs item on the list with the Advent Calendar on the list.  This year, for whatever reason the cookies were overshadowed by ice cream that Nat brought home from TJs one trip.  This stuff was a real treat and hopefully will be made next year so I can enjoy it in the season. 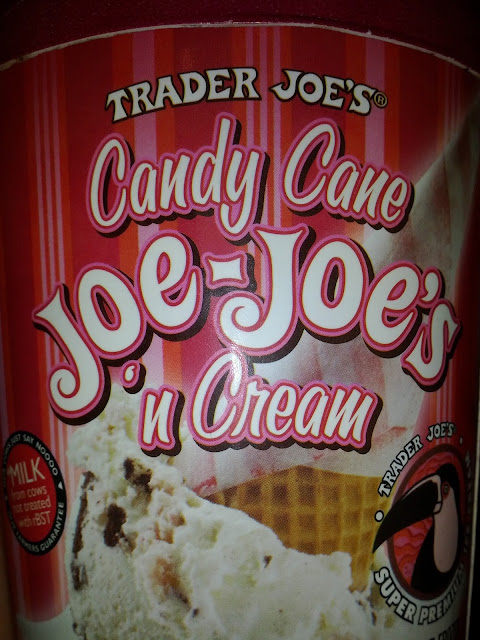 7.  Vintage Christmas Fair - This one has the potential to be a perennial favorite on the list, but surprisingly this is the first time I've included it.  Each year, right after Thanksgiving we head into the city and come home with some delightful vintage treasures.  This year, we bought an angel, a bobble-head, and a santa bank.  Here's the full description of what we bought.
8.  Lionel Train - Our Christmas Train - It made it's first appearance this year.  With the Babe getting older, this one will only get more fun.
9.  Christmas Village - Last year, I (to much embarrassment) proclaimed by adoration of villages and began - in earnest - the collection.  In fact, the community that I created even secured a name:  Mantleburg.  Due to the basement construction (among other factors), Mantleburg didn't get set up until just the week before Christmas.  The intention was to put them in the basement, but we had to finish the trim work down there before we set the whole thing up.  I exhibited a lot of bravery - in the face of numerous sales at Menards - and didn't buy a new Village building this year until the very end of the season.  I finally caved and picked up Frosty's Tree Lot.  Next year, Mantleburg will return in a big way.
10.  Disneyland for the Holidays.  Yes, we were fortunate enough to head to Disneyland during the holiday season.  Seeing all the decorations up was a once-in-a-lifetime experience for us.  And what else did we get to see?  The Babe met her favorite:  Cinderella!   But...she was too shy once we got to the front of the line. 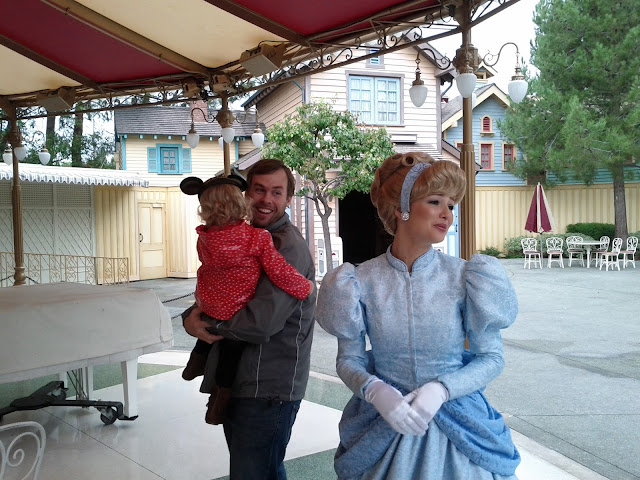