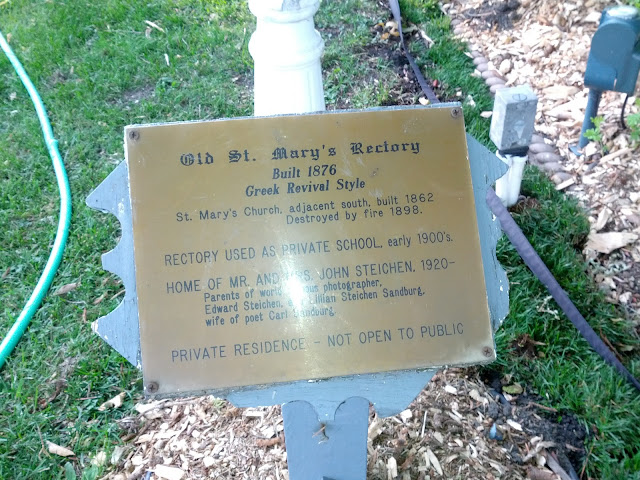 Out on an early morning walk yesterday, I came across this plaque in front of a house on York Street.  Turns out, the parents of Carl Sandburg's wife lived here after it was used as first a Rectory then a private school.

Here's the house below.  I've driven by it countless times and never gave it much thought, but now I have a new-found respect for the pretty blue house at 145 S. York Street in Elmhurst. 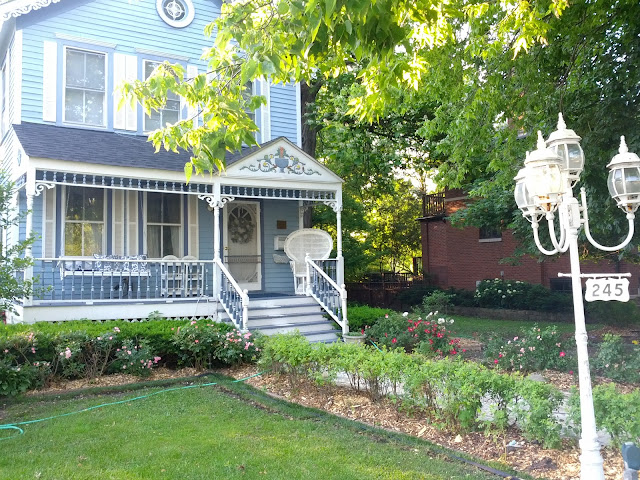