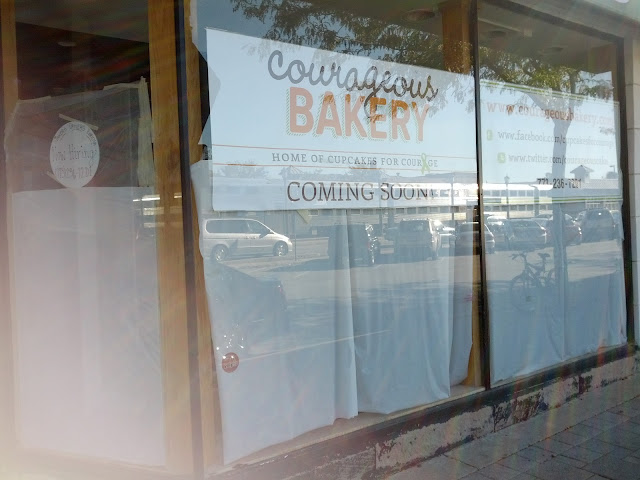 After the news of the closing of Elmhurst's Bleeding Heart Bakery, I assumed that there would be a void in the cupcake/baking scene in Downtown.  But...that didn't last long.  In what was the Serene Teaz location on Park Avenue right on the tracks is a sign for "Courageous Bakery".  They bill themselves as home of Cupcakes for Courage which is a cupcake truck that we've spotted parked in town.

Hopefully they'll get the doors open soon and we'll find out if they're better than Heavenly Cupcakes which we didn't love the first time we went there.
daily downtown elmhurst elmhurst elmhurst city center Elmhurst City Centre real estate restaurants