We Met The Mayor Of Disney World's Main Street, USA 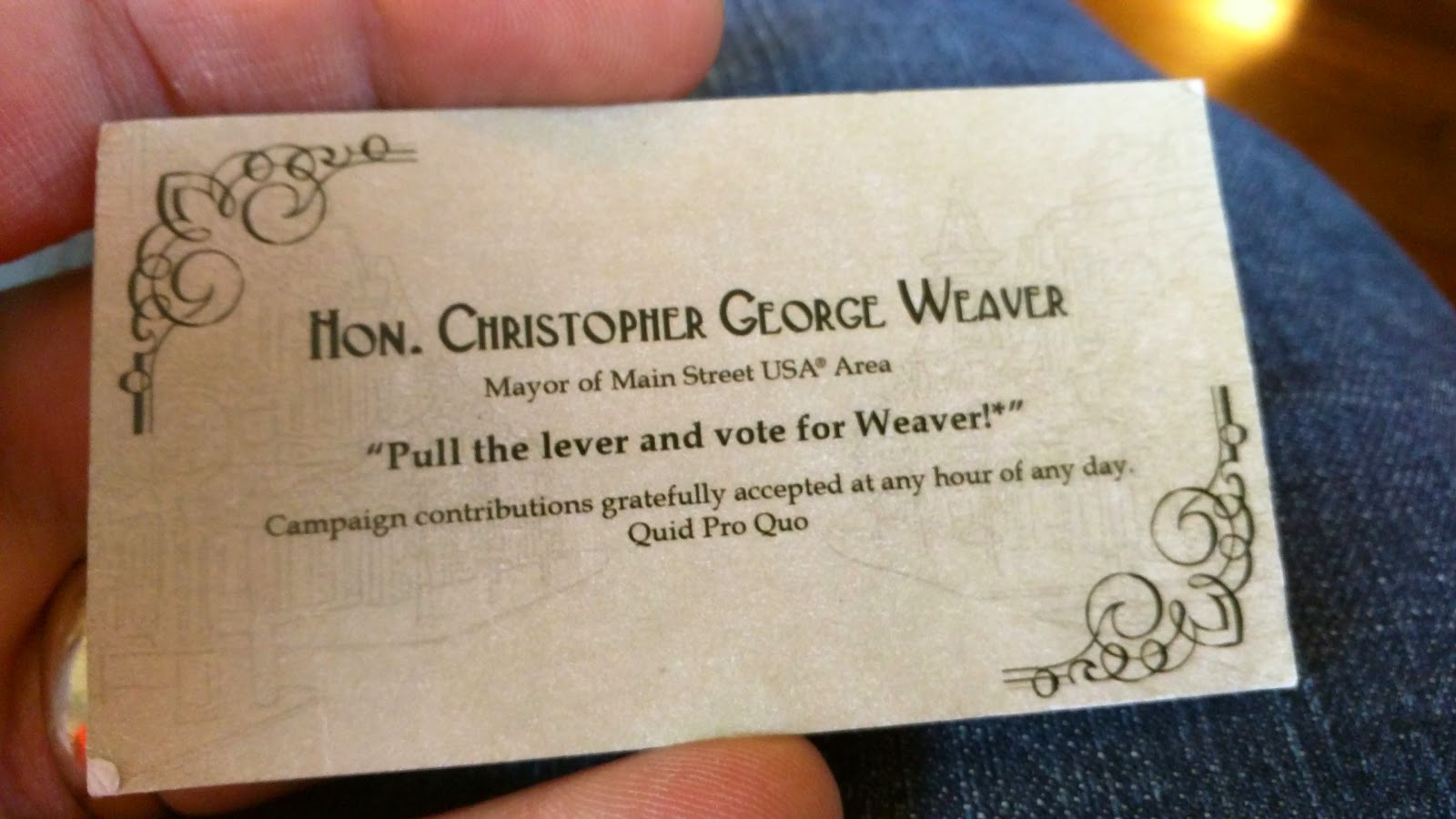 Christopher George Weaver is the Mayor of Main Street USA at Walt Disney World's Magic Kingdom.  "Pull the lever and vote for Weaver!" is his slogan.

Did you even know that Main Street, USA at Disney World had a Mayor?  I'm not sure I did.

But...as we entered the park one morning, Nat spotted him walking around Main Street.  We chased him down and asked for a photo.  He pulled his card out and gave us one.  Mr. Weaver said that this card would get us in the 'back of any line in the entire park'.  After a little chit-chat, we took a photo with him and the girls and he couldn't have been a nicer guy.

And who doesn't like his honesty, right?  All politicians should be so forthcoming with their intentions... 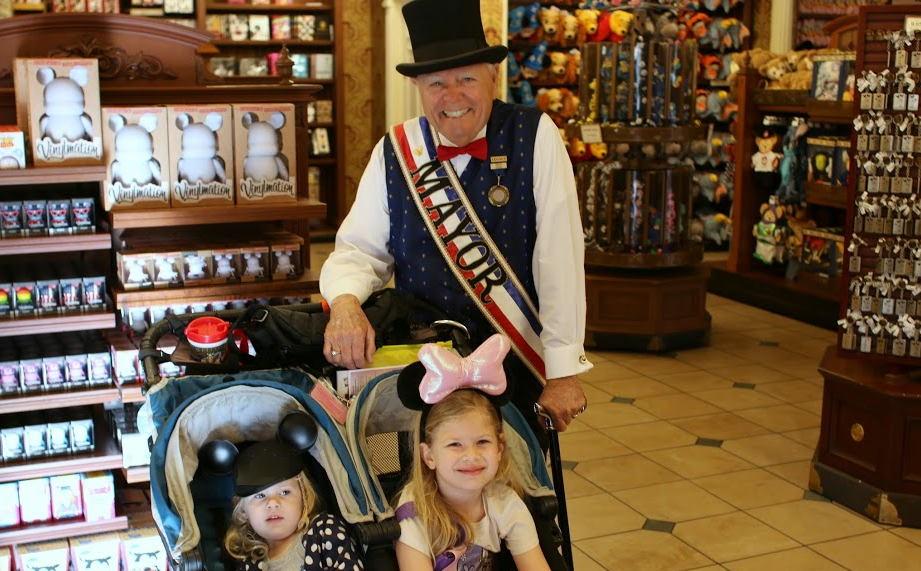