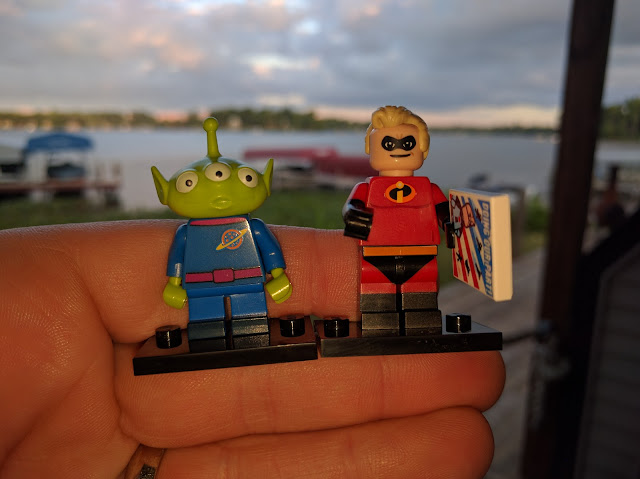 I'm a sucker for Disney stuff.  And with our two girls getting into Legos and being totally addicted to anything in a 'blind bag', there might not be something that is more addictive in our house than these Lego Disney Mini Figures.  There's a set of 18 different Disney characters in what I think everyone is presuming is the first edition of multiple editions that came out earlier this year.

We've been picking up blind bags here and there, but I also went on eBay and bought a dozen bags.  The girls have begun to go through them, but we're no where near the full set.  No Ariel so far.  And like three Captain Hook's?!?!

But, we did get Ursula that you can see down below.  She's pretty great! 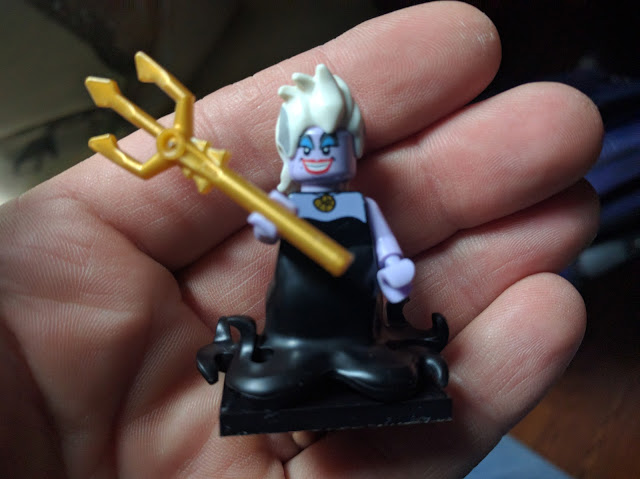 The whole Disney Vinylmation thing ran it's own course and we stopped buying them, but these feel different.  With a Mini Figure display in the works, these seem like something that the girls can get after.  If a second edition/season comes out (which...it just will, right?), I'm sure we'll buy a lot more blind bags.  We're Disney people after all.
2016 resolution disney lego legos walt disney