Posted by Jake Parrillo on June 14, 2011
Last weekend, I planted a bunch of plants in the garden, but I also sowed some seeds directly in the ground.  One of those seeds was sweet corn.  Sweet corn seeds look like little shriveled up pieces of corn right off the cob.  The package explicitly called out the process of putting the corn seeds directly in the ground instead of (like other seeds) starting them indoors.

I've never grown sweet corn before, so this was just a shot in the dark.  Turns out?  The seeds germinated VERY fast and now there's a bunch of seedlings that have emerged.  This variety is called Trinity Hybrid and is good for Zone 5 - 6. 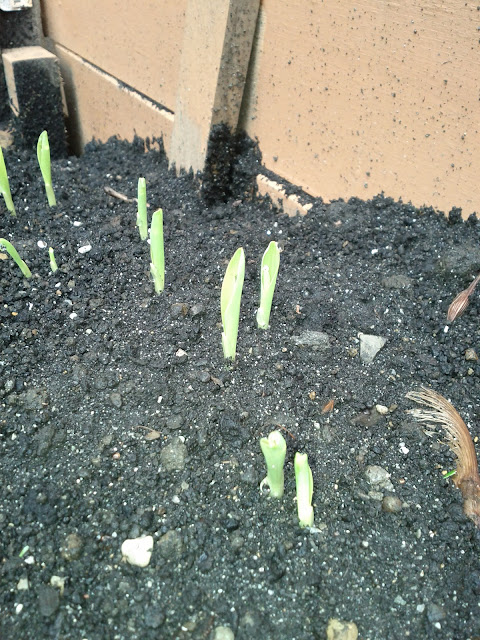 I think I'm going to have to thin them out (because I planted them too close together), but I'll let them go another few days to allow for the strongest to survive.  According to the package, you're to plant the seeds pretty close together (6 inches) and in blocks instead of long thin rows to aid and ensure pollination.  64 days from now hopefully we'll have a bunch of ears that look like these on the seed package. 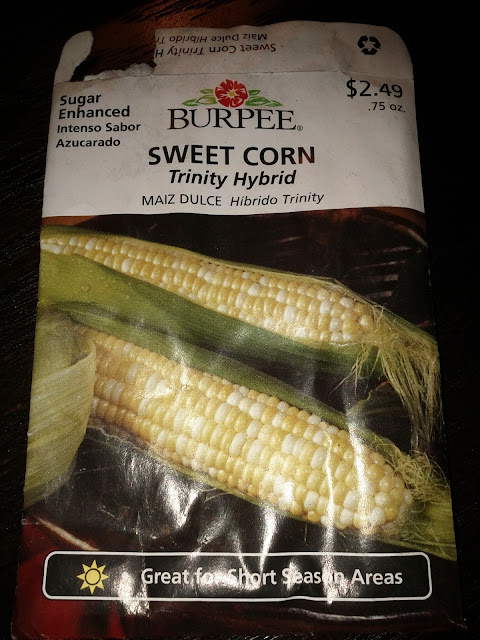