Posted by Jake Parrillo on January 18, 2012
Over the weekend, while I was out on a walk, I noticed that one of my favorite buildings in downtown Elmhurst - at 126 N. Addison Street - appeared to have some rehab work begun on it.  It is a gorgeous building with an interesting facade that is made of brick, has some neat iron elements and that great looking green tile roof.  It is on the west side of Addison Street directly across the street from where the huge new Addison Street Development is planned.  (If you don't remember what that massive structure is planned to look like, go read this old post again.)   The last tenant (based on the signage) appears to be a photography studio that offered framing services.  The age of the sign indicates that they were there quite some time ago!  Here's what it looks like from the sidewalk. 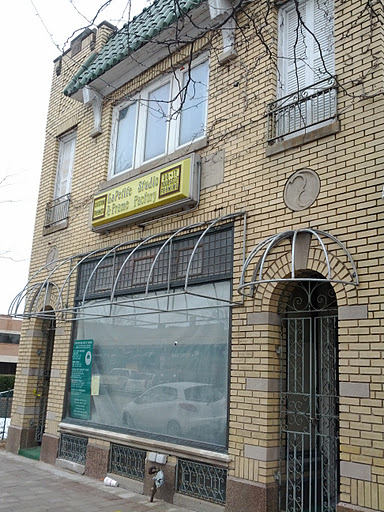 There appears to be an apartment or two up stairs of this retail space on the street level.  You can see a good front-facing photo of the building here on Google Streetview.

The sign in the window indicates construction, but also when I walked a little further down the sidewalk, I saw the dumpster in the back and this HUGE hole in the wall.  Not to mention the contractors milling around in the back and sideyard. 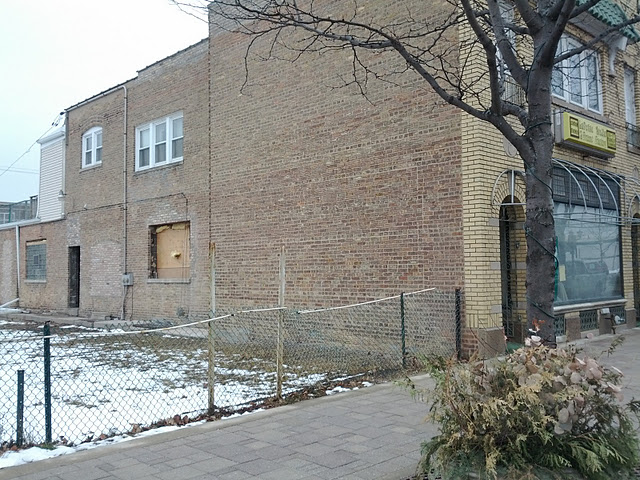 So, the big question is....what is planned?  If anything?  There are so many currently vacant storefronts in downtown that I'm having a hard time believing that we'll see a quality tenant move in.  Just north of this building is a dry cleaner followed by another vacant storefront that was once a wedding dress shop.

Is this a developer 'betting on the come' with the proposed development across the street?  Perhaps.  As long as it isn't a dentist, salon, or Cash for Gold store, even if we end up with a vacant store front that has been rehabbed, Downtown Elmhurst will be better off.
daily downtown elmhurst elmhurst elmhurst city center Elmhurst City Centre real estate stores
Location: 126 N Addison Ave, Elmhurst, IL 60126, USA