Posted by Jake Parrillo on January 24, 2012
After the big Illini win over the Ohio State Buckeyes a few weeks ago, I sent Coach Bruce Weber a congratulatory note in the mail.  I've been a big Weber supporter since day one and was pleased that with the win, he had the team headed in the right direction.  And some of the "Fire Weber" folks would calm down.

He sent me back an email note that includes his photo - which was kinda weird.  Guessing that this is what they must use to send out notes to recruits and the like?  He (or...at least his secretary) actually read my note because he referenced it in his response, which I suppose is nice.

Unfortunately, the last 2 games since the note arrived (both losses) didn't turn out as Coach Weber had hoped.   There's been just as many 'downs' as there have been 'ups' this season.  If not more.

Such is the life of an Illini fan. 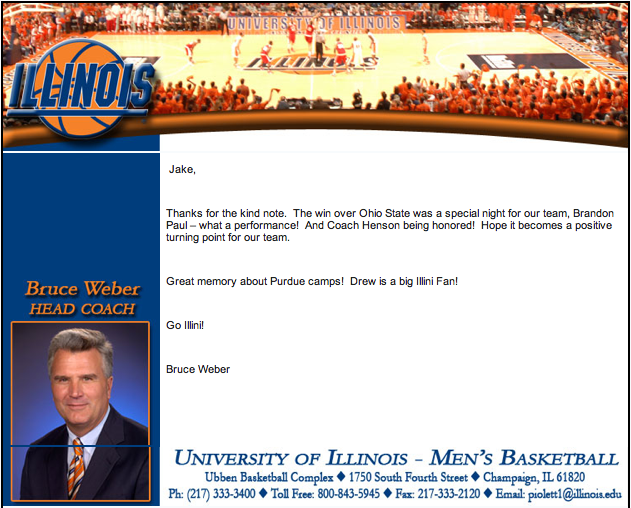