A few days later, I received a nice note from the folks at Cedar Summit that set me straight and provided some good news for Costco Playset/Swingset shoppers around the country.  They, indeed, are selling this year's Cedar Summit edition and it is called the "Mountainview Resort'.  He also laid out the facts:

If I was in the market for a swingset, I wouldn't go any further than Costco and get the Cedar Summit Mountainview Resort.  I've never assembled/owned a Suncast Wood and Resin Playset from Costco, so I can't speak to it's attributes, but I've now had the Cedar Summit Panorama in our backyard for a year after assembling it myself.  I couldn't be happier.

If you find yourself in a Costco market (midwest+Texas) that only carries the Suncast version, go find the manager of the store and see if they'll help you buy one from a different region.  I don't believe it will be available online (and...besides....the shipping cost would kill you!)

Here's the footprint of the Cedar Summit Mountainview Resort: 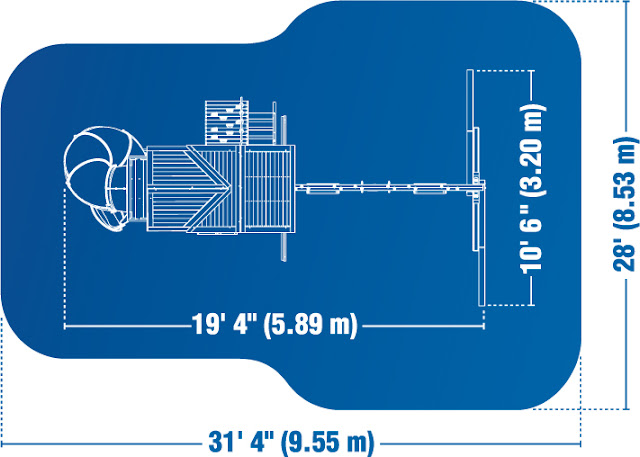 And here's a full set of photos courtesy of the Cedar Summit team: