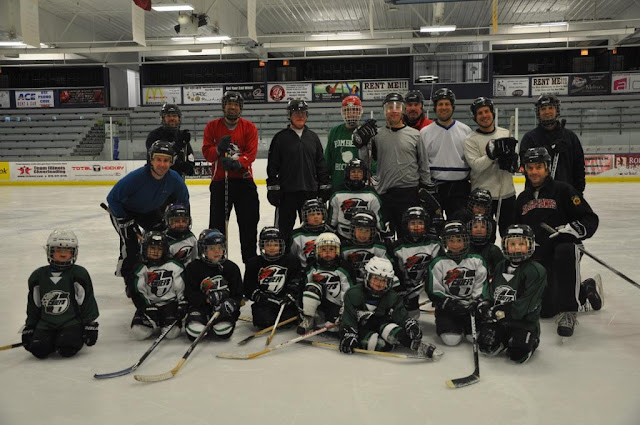 That's me on the back left (behind Equation Boy/Man) right before we took on the Elmhurst Chiefs Hockey Club in a Father/Son (in my case Uncle!) game.  My nephew plays for the Chiefs and I was lucky enough to be able to get on the ice along with these Dad's.

I'm not standing that far away from the other guys because I don't like them.  Nope.  It's because I'm not that adept on the skates as some folks and I didn't want to risk falling in any attempt to move closer to get into the photo.  No injuries were reported and I had a lot of fun.  Equation Boy/Man had a hat trick and my nephew had a goal off of a nice rebound!
daily family hockey