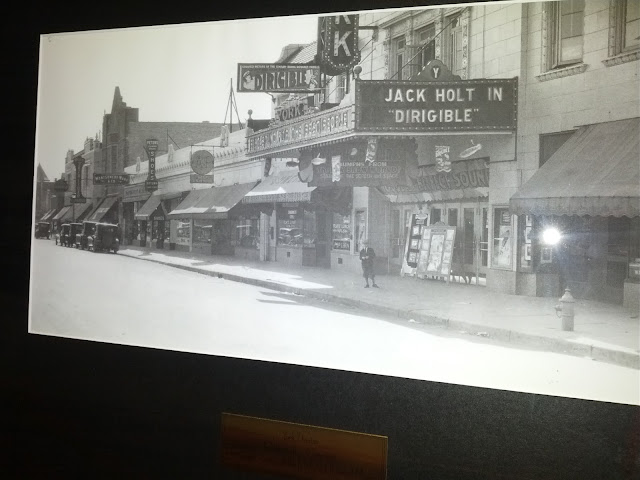 I saw this old photo of downtown Elmhurst in an office building earlier this week and while the shot of the old York Theatre is neat, the two things that jump out to me are the two stores to the south.  Elmhurst had an A&P and...a Montgomery Ward & Co.  Click that photo above to make it bigger.  Wards is three signs to the south of the York marquee.  And the A&P is just south.

What a neat, vibrant downtown, eh?