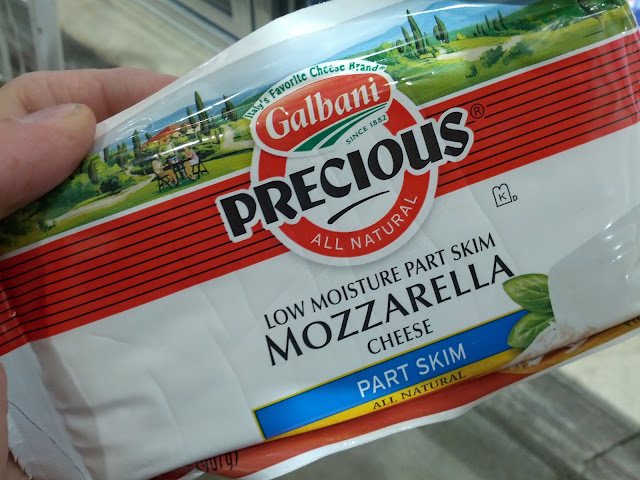 Costco sells this Glabani Precious brand of low-moisture mozzarella in a two pound pack that comes pretty close to the price of a one pound block from the Jewel.  They bill it as "Italy's Favorite Cheese brand" - which I was dubious of to begin with, but I went ahead and tossed it into the cart.

It was cheap.  I have to remember that, but it also wasn't that great.  I used it on a few pies this weekend and it didn't pass the Babe's taste test.  When I'm grinding up the cheeses for our pizza pies, she usually says she wants to "help" which means eating cheese. She took a handful of this stuff and didn't go back for more. Confirms my thoughts. I won't be re-buying this stuff again. I'll take the $3 hit and go with something from the Jewel like Sorrento - which was the best 'raw' flavor on the Slice taste test.
daily pizza pizza making