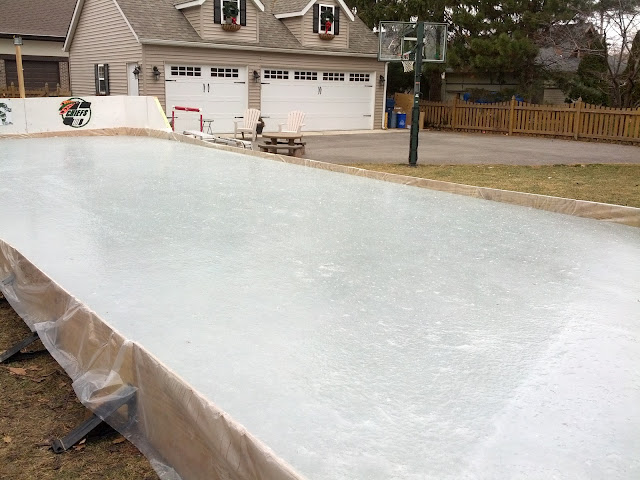 Take a look at that backyard rink.  Pretty awesome.  Equation Boy/Man really stepped it up this year - his second as a rink owner/operator - by adding some length to the ice and building boards for behind the goal at one end.   He even (with the help of his daughter) painted on the Elmhurst Chiefs Hockey logo (see it there on the boards) and hung a cute banner (which is cut off from this picture because it has their last name on it!).

I walked down there one day last week and they weren't home and the ice was so clear that I was afraid to go on it, so I didn't even do a 'boot skate'.  Last year, Nat gave me a nice pair of skates and I played down there a bunch of times with very few injuries.  Hopefully the weather stays on the cold side so I get an invite to come down and play over the weekend.  I'll be padding up a bit more than I did last year, I think.
daily equation boy/man family hockey