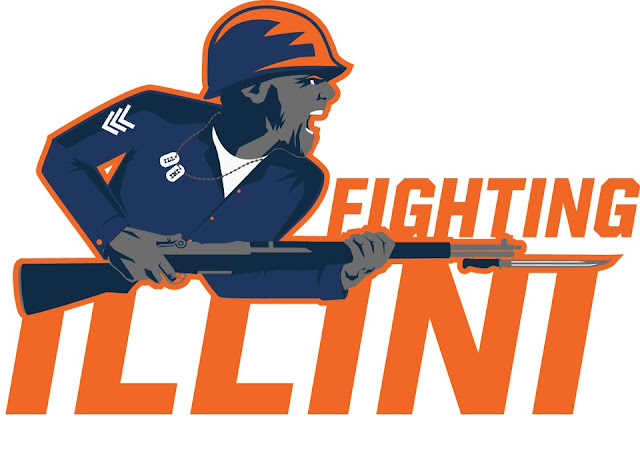 Currently, there's voting open to students only to pick the top 5 candidates from a group of 46.  You can see the breakdown of the choices here on The Dagger or you can see the full set of options in this Facebook album.

After looking at them, I tend to lean towards the military-inspired ones. I've put two of those in this post. The name "Fighting Illini" pre-dates the arrival of the Chief and was "bestowed upon the team in honor of Illinoisans who fought in World War I; the use of the name "Illini" dates to the 19th century".

Some of the submissions are good, some are funny, and some are strange.  The hand-drawn ones?  Or the state of Illinois with the boxing gloves?  These are undergraduate students after all.  I wouldn't rule them out! 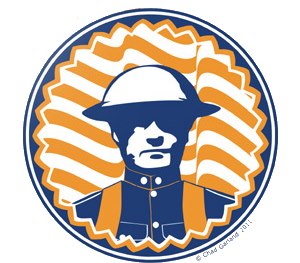