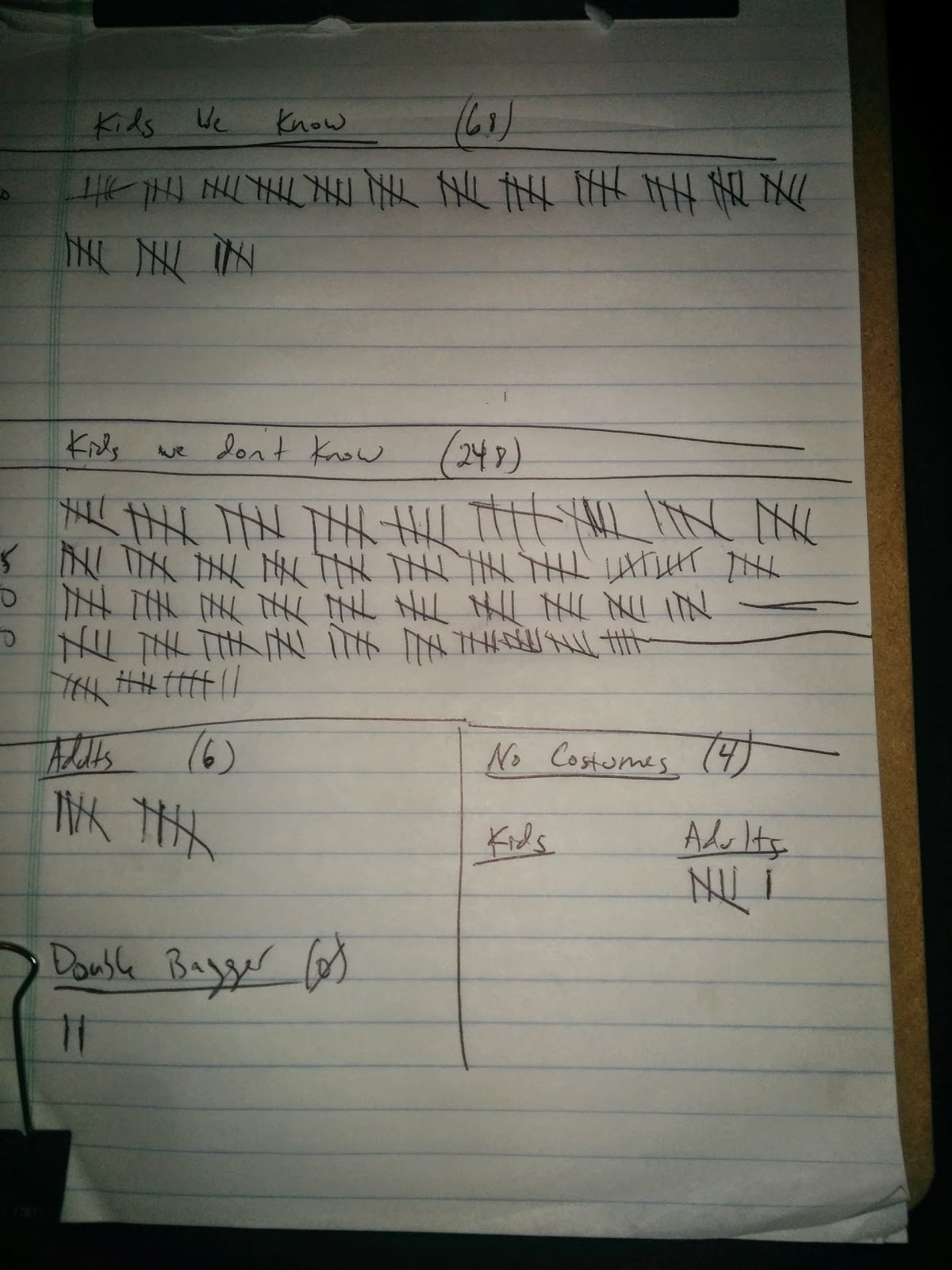 As you can see, the 'neighborhood kid' number was up 7 from last year, but the 'non-neighborhood kids' number dropped by more than 10%.  Have to believe that's because of the weather.