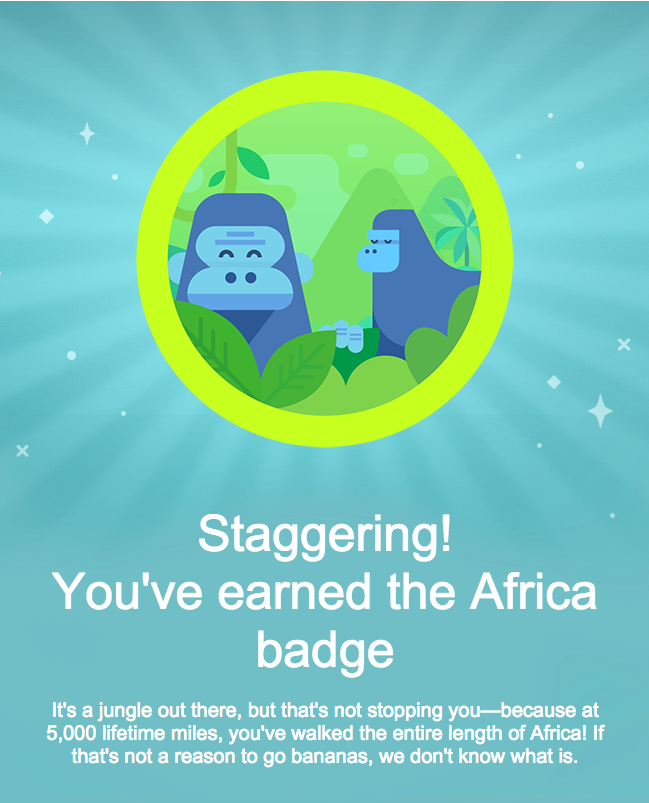 5000 miles walked, run, shuffled and crawled.  Back in June, Fitbit gave me my UFO badge for the number of flights of stairs I've walked.

This quantified self stuff is kinda interesting, isn't it?  (and fun, too!)
2015 resolution everygoddamdamnday fitbit