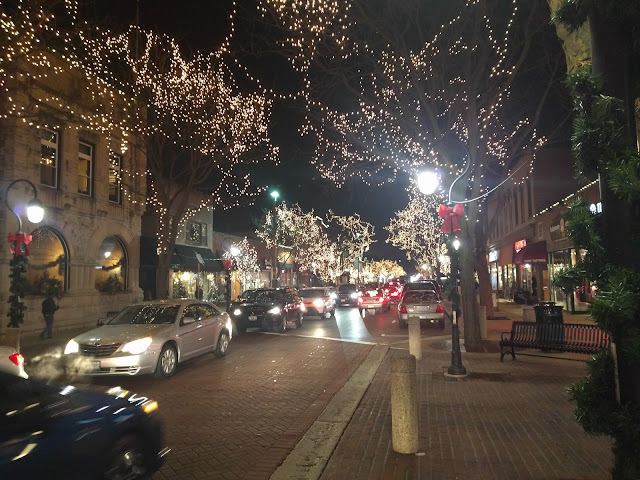 Contrast it with the state of affairs in the Elmhurst City Centre.  I posted about the situation earlier this week and I've noticed that they've gotten a lot of the downtown now lit up - which is nice.

Seems that the Elmhurst City Centre can learn a little from Naperville.  Both good and bad.  They don't seem to have totally solved the parking issues - and Elmhurst; with the new garage, seems to be trying to get in front of it - but the robust shopping district in Naperville is PACKED with retail.  Not salons.

I know, I know....because of Oak Brook Mall, the Elmhurst City Centre will always be in a tough spot.  We're probably too close to attract major retail chains because they won't want to have two stores so close.  But, Naperville has BOTH major chains and local independents.  There's also some other things we have in common including the train running through town as well as a college campus right adjacent to downtown.   Naperville has Washington as the main throughway.  We have York.

I suppose the core area of Downtown Naperville - with their grid setup - is much bigger and set up to succeed.  We here in Elmhurst can't even keep an Olive Oil gift shop in business.