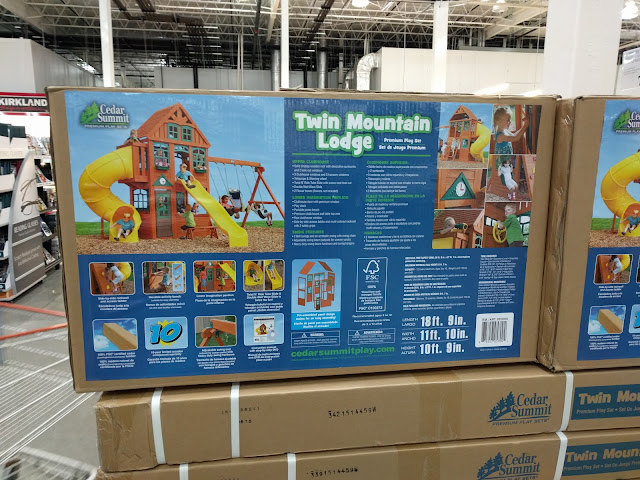 As I've done in years past, I try to check out the annual cedar playset that Costco is rolling out in the Spring.  In fact, they're always some of the most popular posts here on the blog for folks coming via search.  Here's a post from 2012 showing that year's version with some plastic parts.  Then...right after that, they came out with a different version in 2012 that had less plastic parts.  And here's the one in Costco back in 2011 that we ended up buying.  I spent a bunch of weekends (along with my father-in-law) putting it together - which was a lot of fun.

Since we sold the house, we left that playset behind.  It was a one-of-a-kind due to the location we placed it, we had to make a pretty major modification in terms of orienting the swings.

This year's version has a nice little upgrade:  two slides.  One being a tube slide that winds around and the other being a open slide that has a few undulations in it.  Otherwise, it has much of the same items that most of the Cedar Summits have from Costco.  A little 'clubhouse' on the bottom, a bench and open-ish area to hang out in and a platform/house on the top along with a rockwall to get up there.  I can't tell, but it doesn't look like there's a ladder, just the rockwall.  Which...for most kids is just fine.

It also appears that they've added a few nice details to the clubhouse including a steering wheel, binoculars and a clock for the kids to mess around with.

Our Costco in Melrose Park was selling these for $999.99 and had a bunch of them.  But...be warned:  once they're gone, they're gone.  You'll have to wait until next year for the new version from Solowave and Cedar Summit.    And that's when I hope to be back in the market for a new one - at our new place.  Whenever that comes to be! 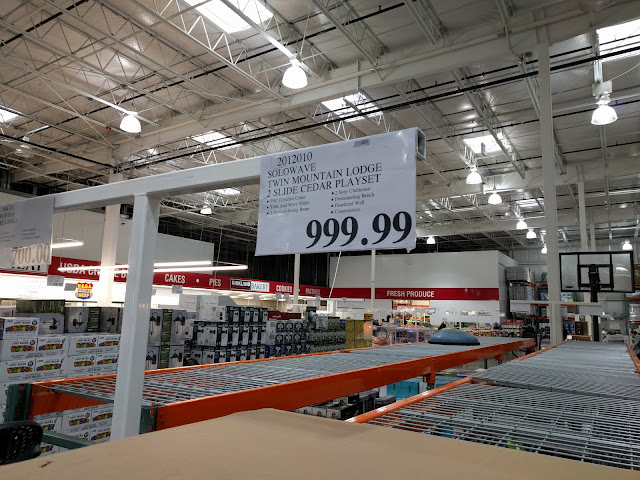