A Trip to Grimaldi's In California 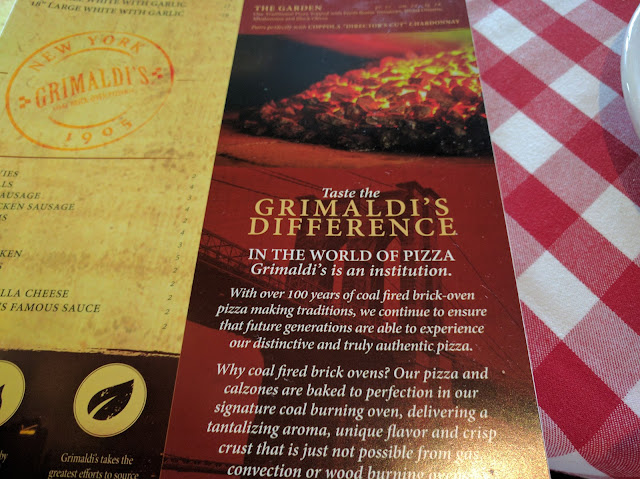 Recently, I found myself in Southern California for some meetings and as one is wont to do, we ended up at a pizza place.  This place wasn't a local outlet, however.  It was one of the outposts of the Grimaldi's Coal-Fired Oven 'chain'.  I say 'chain', because I didn't know it was a chain.

I've read and heard all about Grimaldi's and Patsy's (and presumed they were one and the same!) and have recently dug around to understand the current dynamics and who *exactly* is behind this current Grimaldi's.  Turns out Patsy Grimaldi founded Grimaldi's, but then sold that place to a dude back in 1998.  Patsy is still in the pizza biz, but under another name.  From GrubStreet:


Christening a restaurant is never simple. But the question of what Patsy Grimaldi would call his new pizzeria was further complicated by the fact that he was legally barred from following the long-standing tradition of just naming it after himself. He couldn’t call it Patsy’s—he had called an earlier place that and been sued by the restaurateur who owned the rights to that name. Nor could he call it Grimaldi’s. For business purposes, his last name belongs to one Frank Ciolli, to whom he sold his iconic pizzeria under the Brooklyn Bridge in 1998. In the end, the 81-year-old chose to call the place Juliana’s, after his mother. It helped that the trademark was unclaimed.

And that the place called Patsy's (the original one, that is) isn't from Patsy Grimaldi, but some guy named Pasquale Lancieri.  And the name has been licensed and used all over the place.  From Serious Eats:


You see, when the original Patsy, Pasquale Lancieri, died in the late 1970s, his widow, Carmella, sold the pizzeria to longtime employees Frank Brija and John Brecevich. In 1995 Nick Tsoulos (owner of the Angelo's and Goodburger chains) made an arrangement with these new proprietors to license the Patsy's name and chain out a number of them.

All the while, the original Patsy's in East Harlem would operate under its own name, doing what it had always done since 1933.

So, yes, the mini chain Patsy's bought the name and branding, but that's the only way it's related.

So...with that out of the way, let's talk about pizza and this outpost in El Segundo, California.  Turns out, Grimaldi's has over 50 locations in the usual pizza places for chains like Arizona, California, Florida, and Texas.  Guessing that's because there's a ton of NYC retirees.  This location is in a corporate office park, but is a huge restaurant and nicely decorated.  Didn't feel terribly vanilla on the inside.

The menu shows off the blistered, coal-fired pies in all their glory. 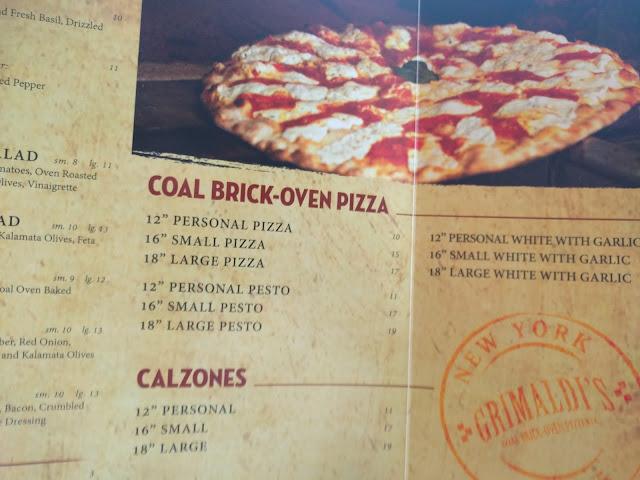 You can get three sizes, but the 12" personal pie is just about right for everyone.

We ordered a few different pies including this pepperoni and mushroom. 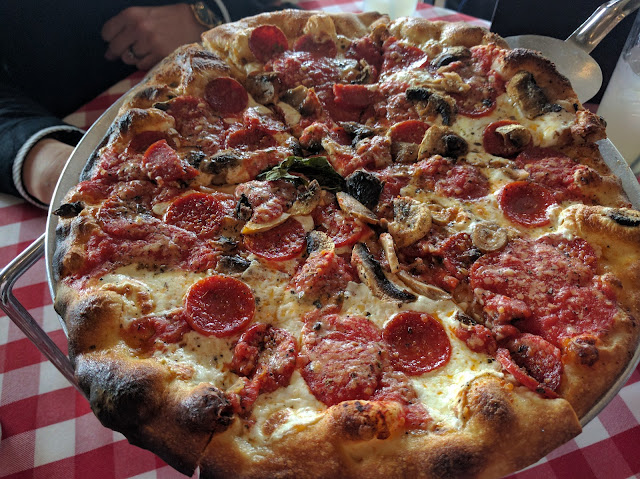 And a margherita.  They were cooked perfectly.  Well done to the pizzaiola. 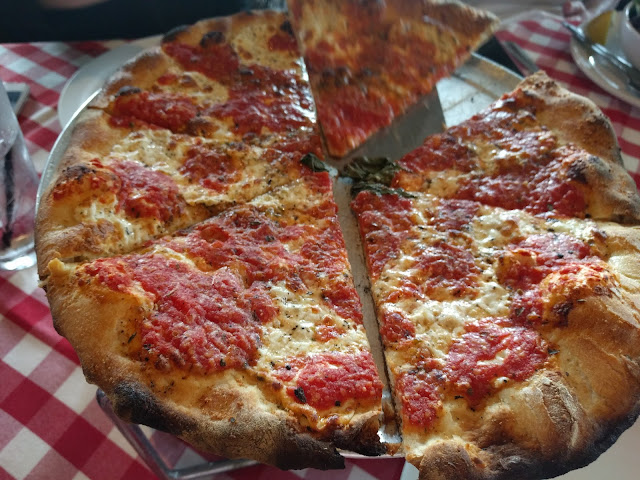 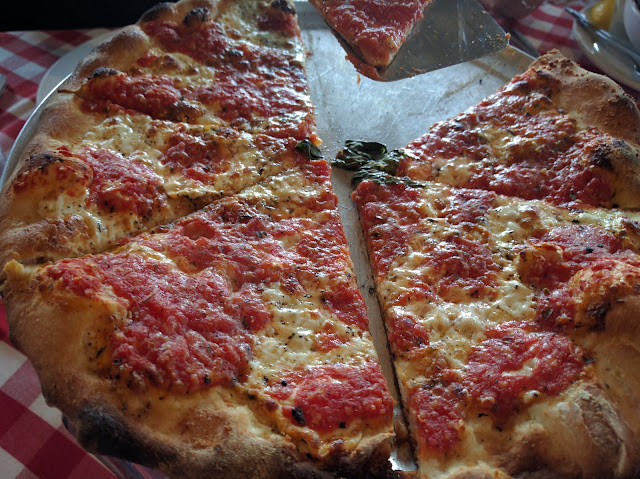 And here's the upskirt: 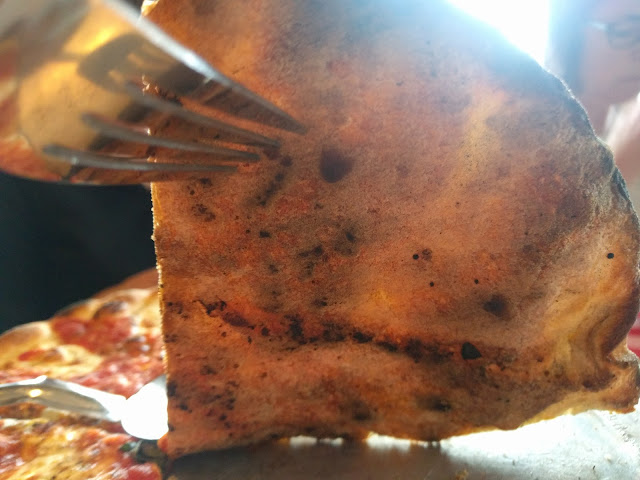 Was it the best pie ever?  Nope.  But for being a chain in a suburban California office park?  Not too shabby.  Here's my review of Coalfire in Chicago.  Does this place stack up?  Not really, but like I said...it *is* a chain after all.
2016 resolution california chicago pizza snob pizza pizza review restaurants travel