#TBT To The Time That Governor Jim Thompson Fundraised For Me 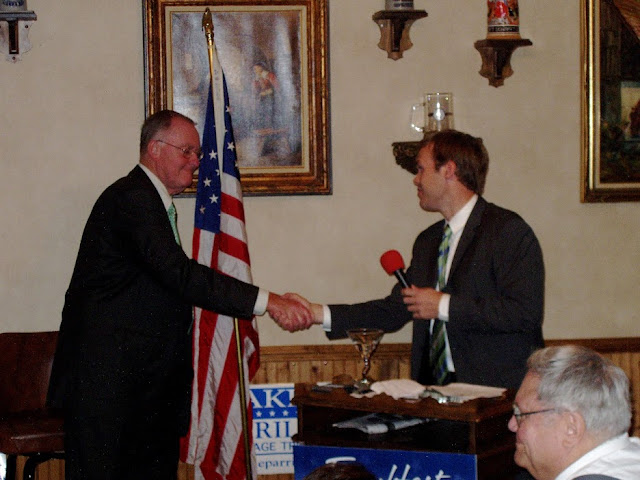 Today's "Throwback Thursday" post is the latest in the series here on the blog featuring some photos that I recovered from Flickr and transferred to Google Photos recently.  You can see the details here, including a photo of Da Mare and myself at the Joan!

These photos in this post are from October of 2005 and are from a fundraiser that was for my campaign for re-election to the Frankfort Village Board held at Die Bier Stube in Frankfort.  As you can see, the 'guest of honor' that night was former Illinois Governor Jim Thompson.  Yeah...pretty cool, right?

How this came about is an interesting story about my time in politics - both at the local level as a Village Trustee, and in State politics as the driver and digital hack for Tom Cross, the then House Minority Leader in Illinois.

Over the course of a few years and during dinners, time at the GOP convention, and assorted other what-have-yous, I was able to get to know The Governor and his right-hand-man along with my boss and his right-hand-man.  And what started as a kind of back-handed joke about the Guv coming to fundraise for *me* turned into reality.  The schedules aligned, I got lucky, and I couldn't have been more honored to have The Guv spend his evening in Frankfort on my behalf.  It was great.  He was coming off the 9/11 commission and he brought a bunch of copies of the Commission report that he autographed and we auctioned/raffle'd off.  And the Governor was patient enough to take a photo with EVERYBODY in the room that night.  What a treat!

I raised a bunch of money that night and had a great time with friends and family in the community.  It was a celebration of sorts and I'm thankful for the chance to relive that opportunity.

I know I said 'Thank you' top the Guv many a time, but I guess it deserves another one here on the blog as I look back:  Thanks for taking the time to help me move along with your support. 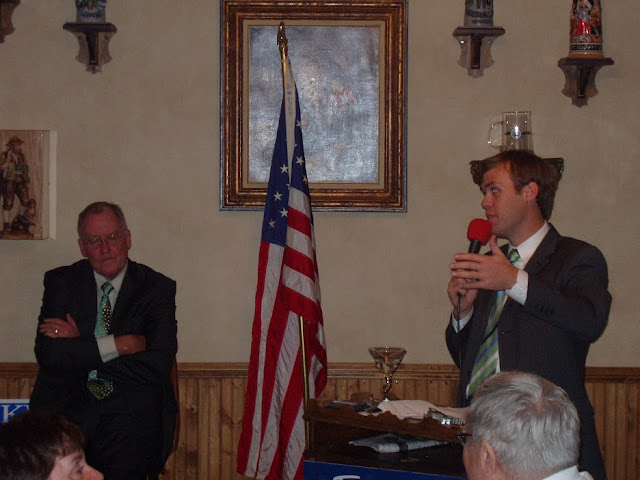 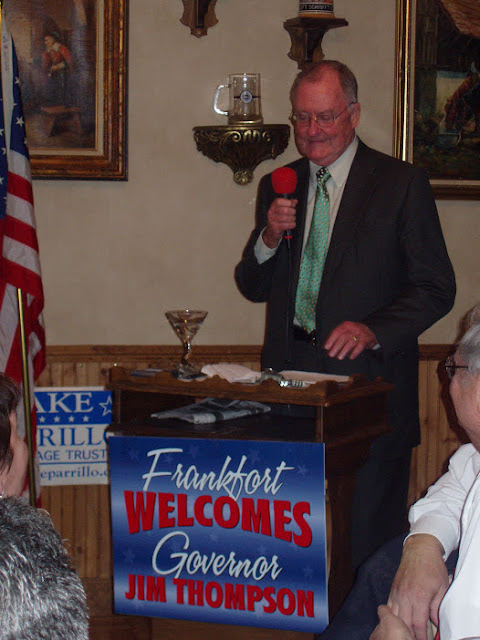