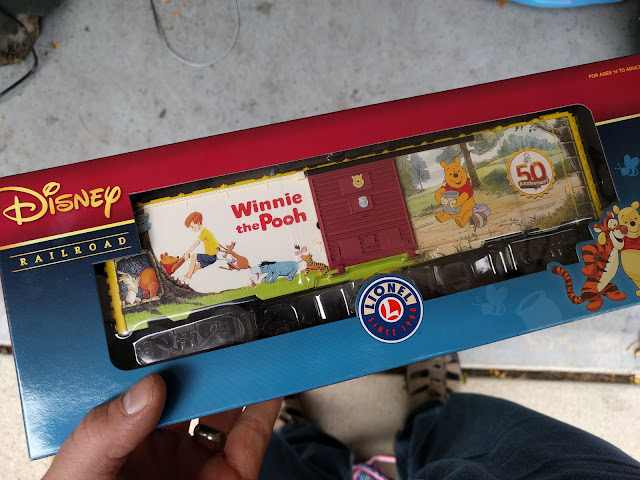 Late in September, I posted a few photos of a special Lionel/Disney Dumbo boxcar that I picked up for one of the kids this year and just this week I received another Disney pre-ordered boxcar.  This time it is the 50th Anniversary of Winnie the Pooh in O-Gauge boxcar form.

And just like with the Dumbo car, this Pooh Bear car comes in a pretty nice "Disney Railroad" box.  Took pics of the front, a close-up of the photo of the car on the back of the box and the product listing on the side label that you can see below.

As I mentioned in the Dumbo car post, I wasn't quite sure who that one was destined for (amongst my kids and nephews), but this one?  The Pooh Bear one?  That's for the one and only Pooh Bear lover in our family:  The Bird.  She sleeps with a Pooh Bear every night!  He's her favorite.   Well...Ariel might be her true favorite, but Pooh Bear has been there through it all!

Have to say that I'm a sucker for Disney/Lionel crossovers.  There's a few more cars coming out this year from this series including a Pluto 'walking brakeman' holiday car.  That has our name all over it, right?  The kids are still 'into' the Christmas train thing, but I know at some point they won't be.  They'll still be getting a car in their 'collection', so when they want to come back to their Christmas train with their own kids, they'll have one. 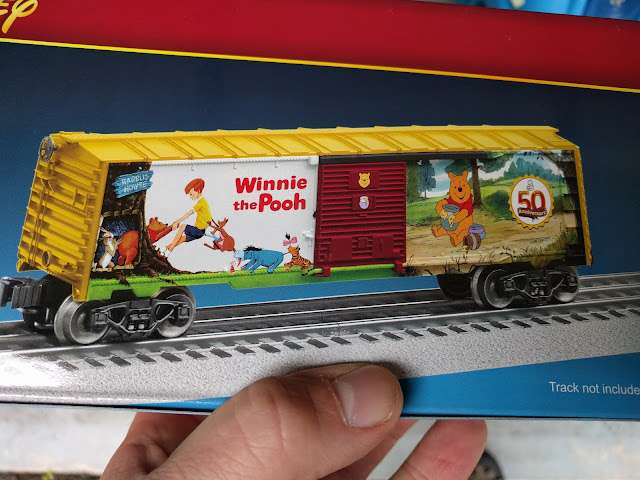 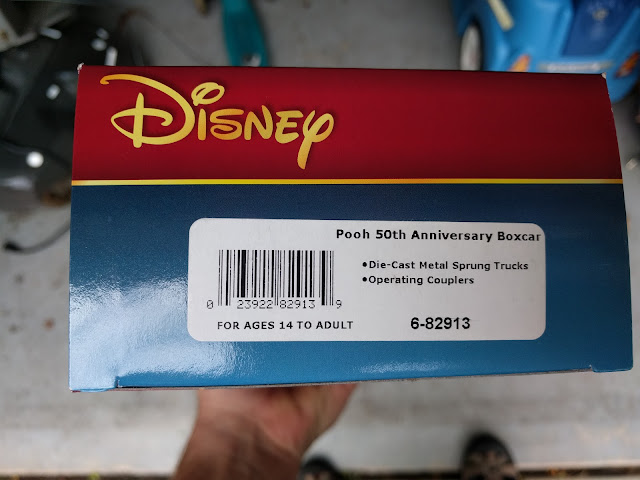