Wall Calendars Turned Over to November 2016 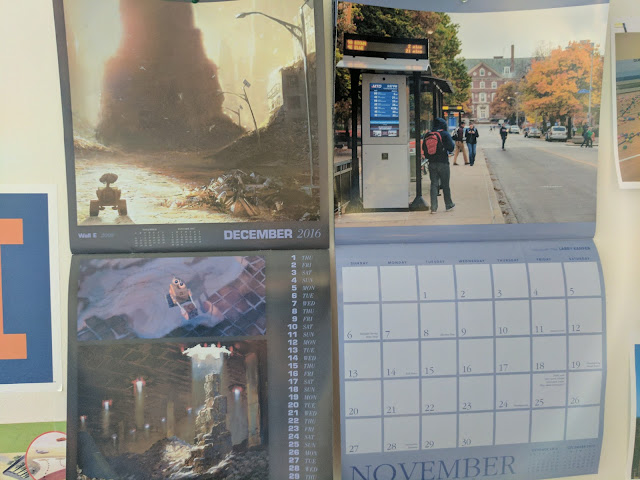 On the left in the Pixar calendar is Wall-E and on the right is 'passing the time' as a student waits for a bus on the UIUC campus.  Today is the 6th and in looking at last year, I flipped them on the 8th, so that's a -2 addition to the tally.

This is basically an insurmountable margin.  Peeking ahead, I didn't mark December of 2015, so we're going to have to just call this one, but let's speculate a bit.  If....I turned the December calendar on the 3rd or later, there simply aren't enough days in the month to compete.
disney office pixar university of illinois wall calendars wall-e