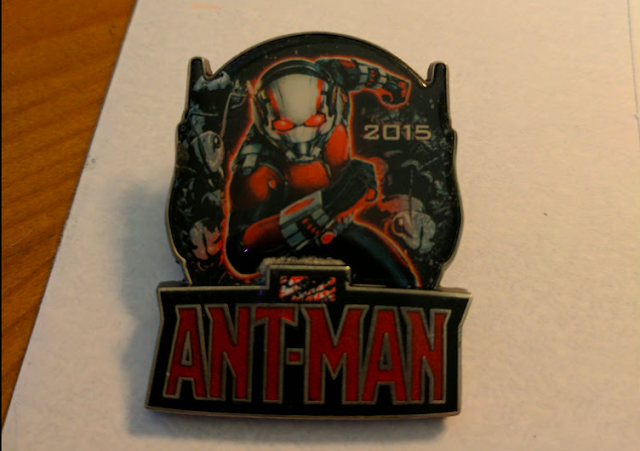 The Babe traded for this Ant-man pin from a pin board at the resort.  She's naturally drawn to 'big' pins and this this certainly *is* big.  It is heavy, but has only one pin back on it.  Surprisingly, after she plucked it off the board, I looked at it and figured out that it really wasn't a scrapper.  Someone, who had this thing on their lanyard found something that they liked better and gave this one up.

My daughters have no idea who Antman is nor have they ever seen the movie, but they both liked the pin.