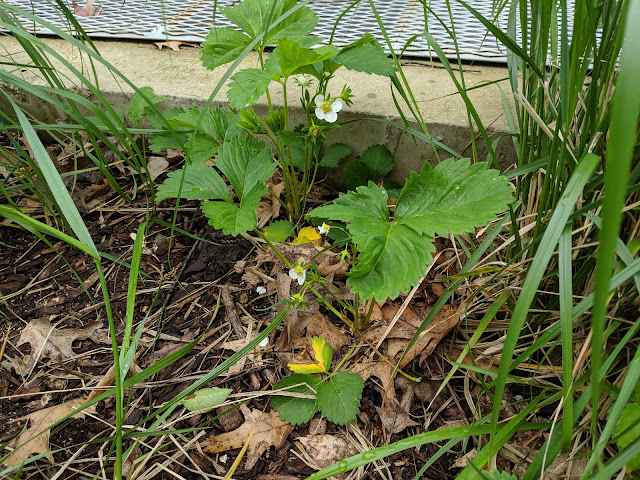 Last year, I planted ten tiny bare root strawberry plants in containers and placed the two containers outside of our kitchen windows.  I didn't end up getting any fruit and when looking at the containers at the end of the year, it seemed that they were mostly dead and weren't going to come back this Spring.  I took them off to the compost bin earlier this Spring and moved on.

I *do* need to move this, but I'm thinking I should wait for it to go through one season of throwing off whatever tiny berries it might throw off this season, then move it.  This post says to wait until August:


If you already have an established bed, you should generally transplant strawberry runners that have already established themselves. Carefully digging up the younger plants should be done in the fall. Typically, late August is the best time to transplant for most of the zones in the United States. However, in the warmer zones of the south, transplanting can be done later. In the much cooler climates, transplanting strawberry runner plants can be done earlier.