Imitation Cheese At the Local Jewel

Posted by Jake Parrillo on February 02, 2011
Over on Rachelle's blog, she pointed out the hilarity in Peapod's labeling of American Cheese as "Cheese product" and how certain cheeses are labeled to be "made from REAL cheese", but think I ran into a situation this week at our local Jewel that might be the BEST example when it comes to goofy cheese labeling. 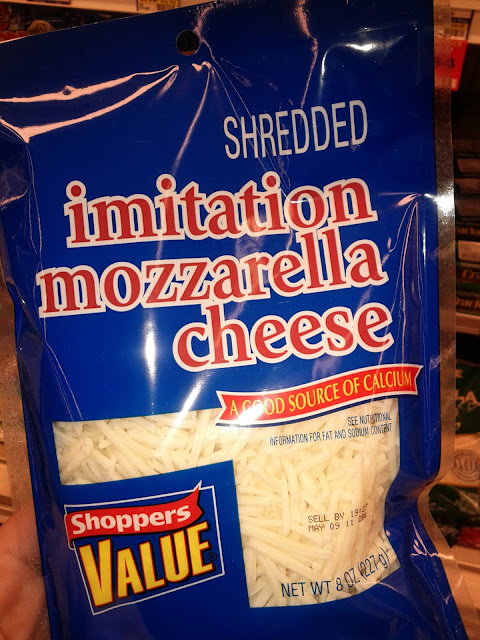 Yup.  That's right.  Although it may be a good source of calcium, this is in fact "Imitation Cheese"!  They sell it in two varieties (mozzarella and cheddar) and as I was whipping my phone out to take photo, the guy stocking the shelves commented that they may have been to honest with their packaging for consumer's tastes.  This stuff was marked down and won't be restocked, he said.  $0.94 for a package of cheese is pretty good.  But...this stuff isn't cheese! 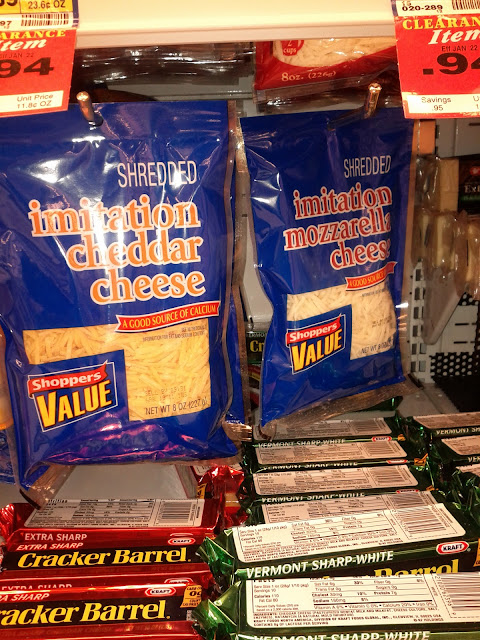 Looking at the label, there is milk-ish items involved, but after that, the ingredient list goes downhill fast. 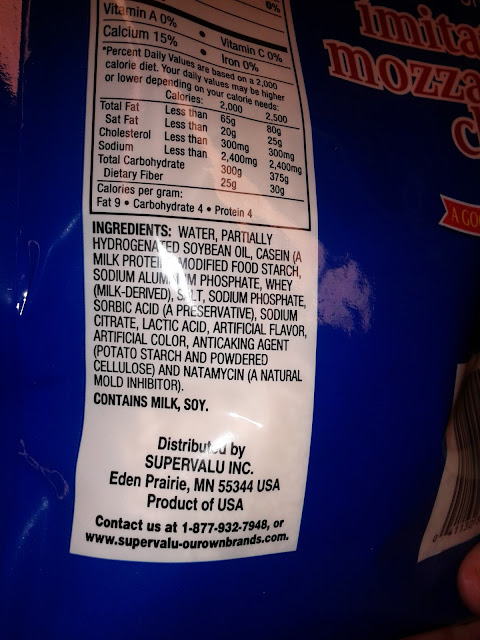 I'm guessing that there are plenty of other cheese products out there that aren't *quite* cheese.  Like CheeseWhiz or Velvetta, right?  Apparently the good marketing folks up at SuperValu aren't quite as creative.  They let a product go out to market with this name:  Imitation Mozzarella Cheese.  Wow.
cheese jewel shopping