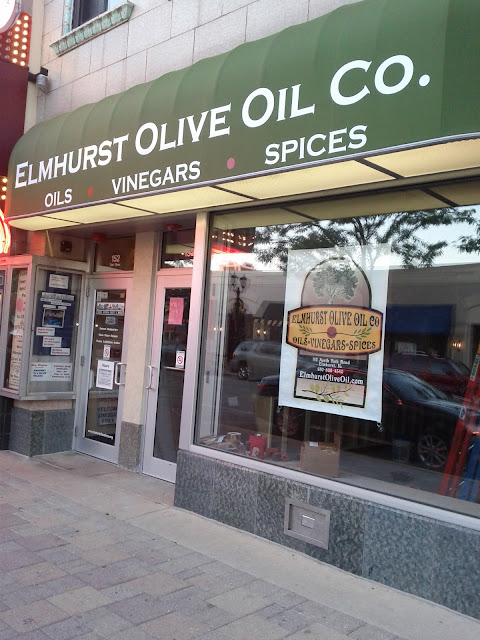 It was this past January that "Let's Have a Party" closed in the spot on York Street just north of the York Theatre.  As we were walking by this weekend, we spotted the marquee up for a new shop:  The Elmhurst Olive Oil Company.  From the looks of the set up inside, they're going to have various stations around the small space.  The signage all calls out that they're going to selling not just oils, but also vinegars and spices.

Nat heads to Oak Park every once in a while for Penzey's, so perhaps this place can supplement those trips.  That would be nice.

As I pointed out in my post when "Lets Have a Party" closed, this was a big - high profile - opportunity.  I'm thrilled that it isn't a salon, aren't you?
downtown elmhurst Elmhurst City Centre