Vinylmations: Not *Another* Collection, Right? 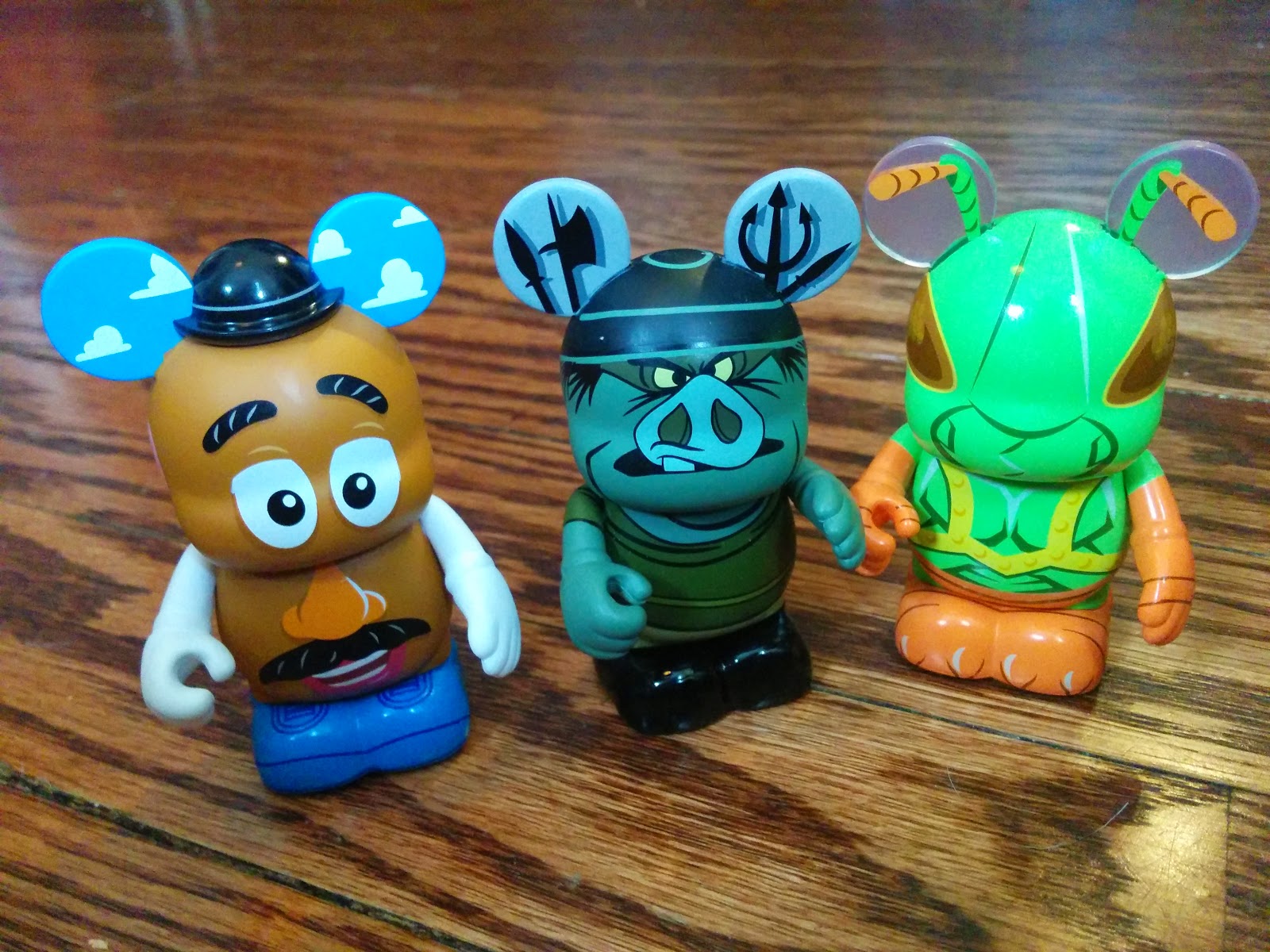 These guys above are called Vinylmations.  They're a collectible series of things that Disney sells both in the stores and at the parks that you buy 'blind'.  You buy one from a series, but you aren't sure which one you'll get.

And...they're HUGE in parts of the web.  There are literally thousands of 'blind box' unboxing videos of these things on YouTube.  We now have three of them.  The two on the ends are from Toy Story and the guy in the middle is from Sleeping Beauty (I think).

They aren't cheap but people seem to be glomming on to these things in a big way.  So far, the Babe and the Bird, not to mention the Champ (the newest Parrillo!) are into these just yet.  They like the pins (more on that soon) and the Bird is all over Shopkins (which is basically the same thing but not Disney and cheaper), so as long as I don't cave when we go to the DStore, we'll be free and clear of these things.  But...that is a big 'as long as', because as we all know...I'm a softie for Disney.
2015 resolution collections disney everygoddamdamnday vinylmation