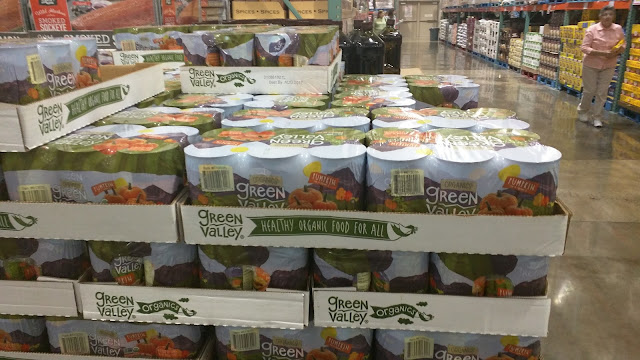 If you have read anything (and I mean anything!  Heck...even People Magazine has covered it!), you likely know about the impending pumpkin-pocalypse.  For what seems like the second time in a few years, the agricultural experts are predicting an epic Thanksgiving pumpkin shortage.

And it is thanks to all the rain we had here in Illinois:


If the beginning of fall means pumpkin is basically your only food group for the next few months, you better hurry to the supermarket.

According to crop experts, canned pumpkin yield could be off by as much as a third this year in Illinois. The Midwestern state — which is responsible for about 90 percent of the U.S.-grown pumpkins — experienced a record rainfall in June causing the shortage, say farmers.

“I would not wait until Nov. 20 [to buy canned pumpkin],” University of Illinois’s Department of Crop Sciences professor Mohammad Babadoost told the Associated Press. “I’d buy it whenever it comes to the store.”


That photo above is one I took at the Oak Brook Costco. They had plenty of organic Green Valley canned pumpkin on hand. But...it *is* only early October after all....
2015 resolution costco everygoddamdamnday pumpkins rain