Atheists Get Their "A" At The Chicago Christkindlmarket 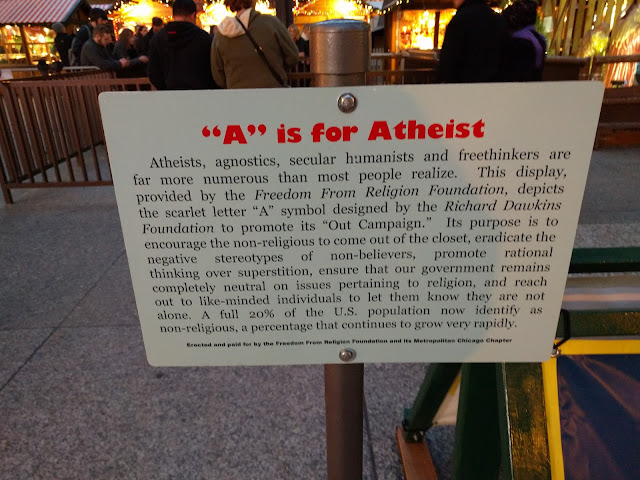 There's a nice sign up on the east side of the market explaining what the big giant light-up "A" is all about. It isn't....for the "Roll Tide" folks.  It is for the Atheists and agnostics and it's aim is to 'encourage the non-religious to come out of the closet, eradicate the negative stereotypes of non-believers, promote rational thinking over superstition' and more.  Good luck with that.

There's nothing quite like the so-called "War on Christmas" that gets a certain slice of the population up in arms.  Well...there are other things like marriage equality and other things that happen inside people's bedrooms.  But...let's just agree that the same folks who consider this an 'assault' on Christmas are likely the same folks who consider marriage equality an 'assault' on marriage. 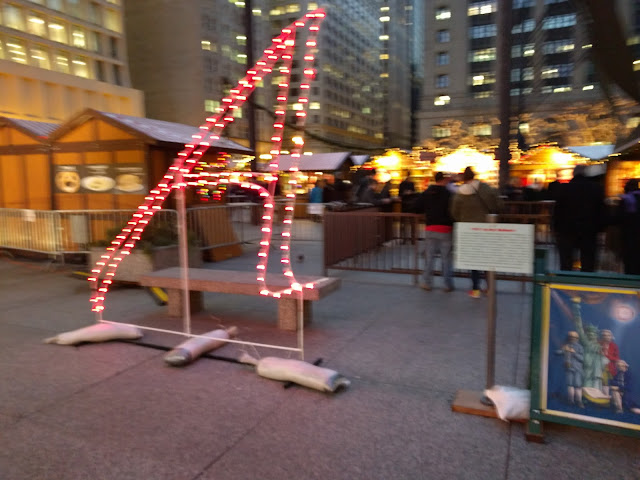 Sadly...there's no aluminum pole for the Festivus celebrants.  Guess those folks are too busy prepping for the 'airing of the grievances' and 'feats of strength' to get their act in order to petition the City to allow them to display their holiday symbol.