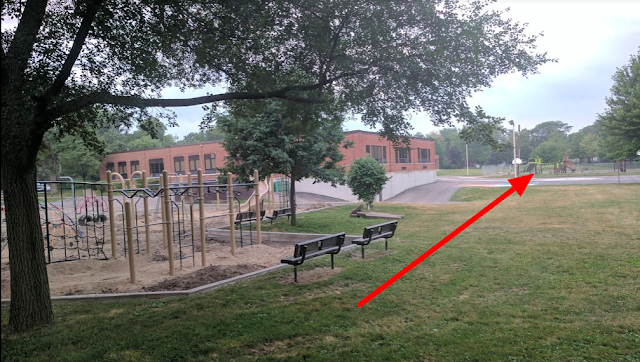 Whoops!  A week ago, I posted about the new playground going into Whittier Elementary School in the Randall Park neighborhood in Downers Grove and talked about how the PTA worked to raise money to install new equipment.  That part...was all true.  But the rest?  #FakeNews!   I posted a photo of the wrong playground.  Sorry.  Still getting my bearings.

The one I posted showed a new concrete curb going in, but oddly, all of the equipment was staying put.  And the shape wasn't quite the right shape as the one in the rendering.

Earlier this week, I was walking by the school and noticed that there is A SECOND playground!  See the red arrow.  *That's* the one that is getting overhauled.  Whoops.

Here's a zoomed-in look at the progress they've made.  Much of the equipment has been installed and while the fencing is still up, it looks like they're just awaiting the play surface. 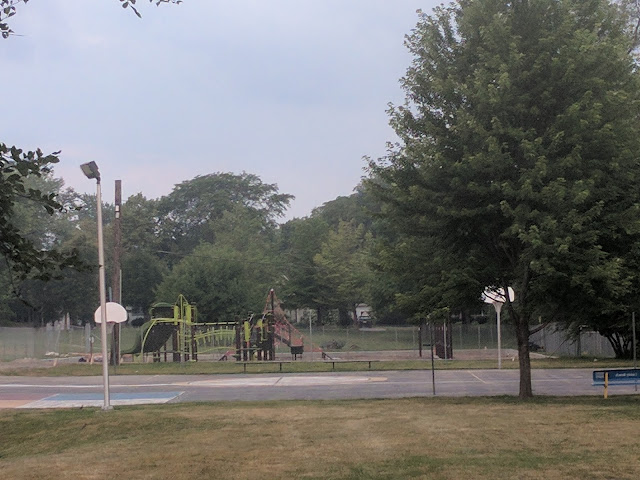