Coloma Michigan Was Dickerville which Was Shingle Diggins 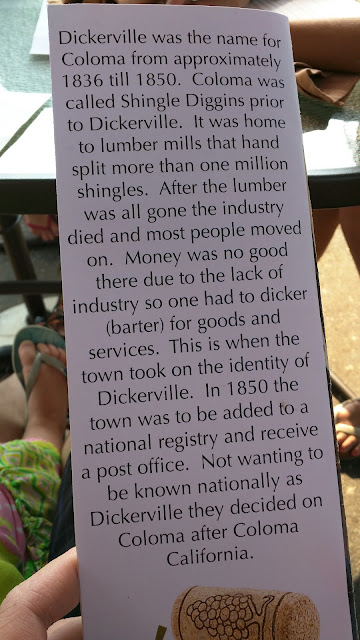 Learned something from the new restaurant up in Coloma last week.  (More on the restaurant in a different post).

From the back of the beer menu (plus a few commas):


Dickerville was the name for Coloma from approximately 1836 to 1850.  Coloma was called Shingle Diggins prior to Dickerville.  It was home to lumber mills that hand split more than one million shingles.  After the lumber was all gone, the industry died and most people moved on.  Money was no good there due to the lack of industry so one had to dicker (barter) for goods and services.  This is when  the town took on the identity of Dickerville.  In 1850, the town was to be added to a national registry and receive a post office.  Not wanting to be known nationally as Dickerville, they decided on Coloma after Coloma California.