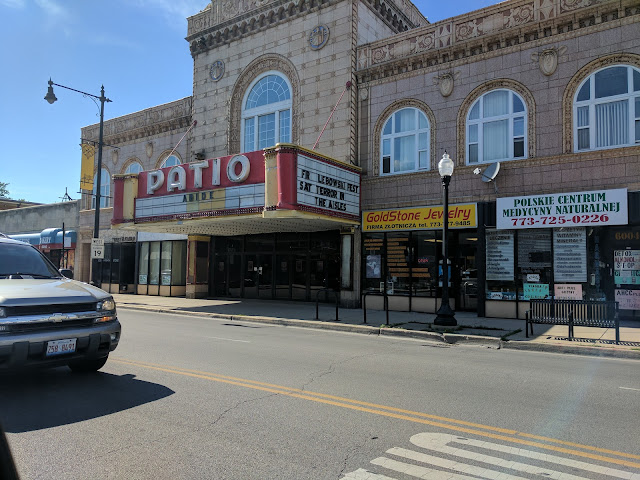 Recently, we were headed into the City to visit with Nat's sister and Google Maps took us on a route that I don't think I've ever been on before this trip.  Along the way, we drove past the Patio Theater and what did the marquee say?  "A B I D E".  Then, as we creeped forward, the side of the marquee listed an event taking place on Friday:  Lebowski Fest.

Sure enough, according to DNA Info, there was, indeed, a Lebowski night there.


"The Big Lebowski" is returning to the big screen at the Patio Theater on Friday.
The theater, 6008 W. Irving Park Road, is hosting "Lebowski Night" with a 7 p.m. screening of the 1998 Coen brothers cult classic.

The showing will be followed by a 10 p.m. live performance by The Fortunate Sons, a tribute band to Credence Clearwater Revival, whose music runs throughout the movie's soundtrack.

The theater use the event to show off its newly-rehabilitated bar, so spectators can sip White Russians while they listen to the Dude's story.