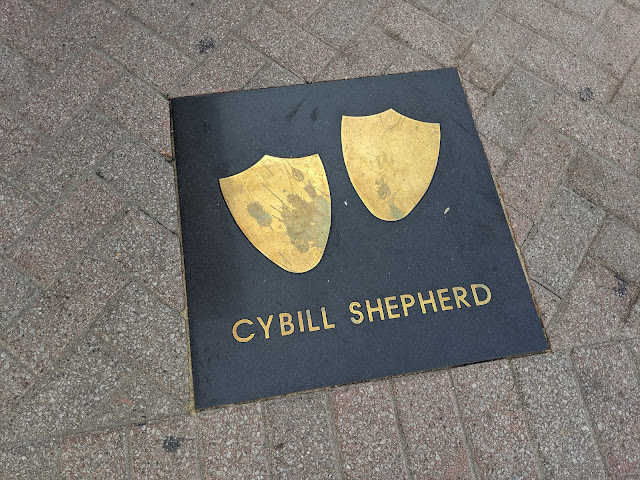 As I was walking around Memphis on my recent trip, I came across a few of these 'Duck' plaques in the street around the Peabody Hotel.  Turns out, they have a "Duck Walk of Fame" and a few weeks before I arrived, they inducted Cybill Shepherd into the Hall.

Actress, singer, model and Memphian Cybill Shepherd was honored in her hometown on Sept. 5, when she was inducted into The Peabody hotel's Duck Walk Hall of Fame.

Shepherd, 69, said during the event that she always wanted to join Elvis Presley, Danny Thomas and other influential Memphis figures who are immortalized on the sidewalk outside the landmark Downtown hotel.

Hadn't thought much about Cybill Shepherd in years - but I remember my parents watching Moonlighting with her and Bruce Willis back in the day.  There's been some chatter about a reboot of the show, so maybe she'll get even more exposure in the future?

The plaques are spread out along Union Street in Memphis - and you can see the latest one at the very top of the post.  It already looks worn, right?  Not as much as the King's!  He was put into the Hall back in 2007, so his plaque has been trampled on for more than a decade.  Below you can see the Elvis Presley Duck Walk of Fame plaque that has discolored over the years. 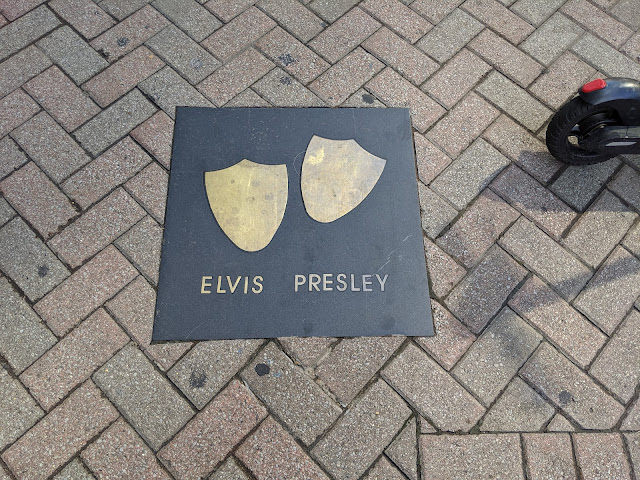