The Peabody Hotel In Memphis 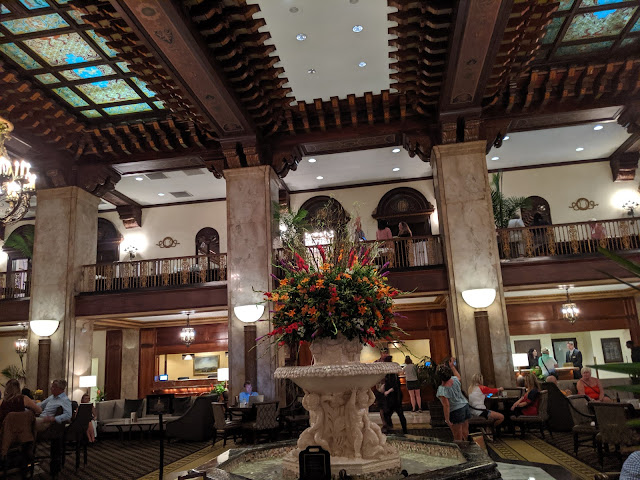 I made a stop in Memphis, Tennessee recently (my first trip there) and I didn't stay at the Peabody Hotel.  Nope.  I stayed next door.  At a...ummm...not so great place.  It was fine.  But it wasn't the Peabody.  And, I do love me some historic hotels, so I had to stop in during one of the breaks to take a look around the lobby.


Known as the “South’s Grand Hotel,” The Peabody is legendary for its charm, elegance, gracious hospitality and rich history. This Memphis icon, opened in 1869, is listed on the National Register of Historic Places and is world-famous for its five resident ducks, who march daily through the lobby at 11 a.m. and 5 p.m.

Of course, I had to see the ducks.  But, I didn't see them arrive or depart.  They were just kind of hanging out in the fountain in the lobby. 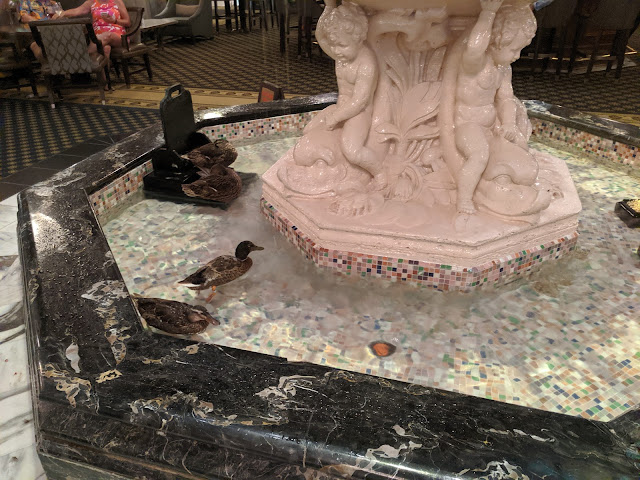 And...that two-story lobby?  It is spectacular.  Worth going to have a drink there if you are in town.

I've covered some other historic hotels here on the blog.

Earlier this Summer, I posted about the Hotel del Coronado and their Dragon Tree.

Last year, I visited the Roosevelt Hotel in New Orleans that has a similar feel to the Peabody.

In December of 2017, I had a trip to Colorado Springs where I stayed at the Broadmoor.

And, our favorite place to visit was covered in 2016:  Sea Island. 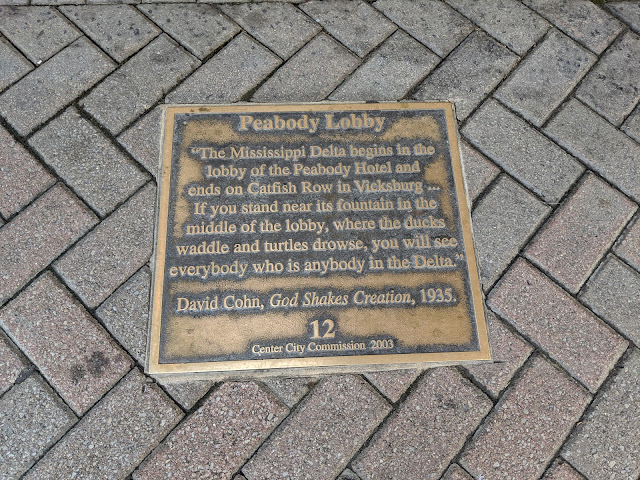