Over the weekend, I took the Bar Pizza Class from Slowrise Pizza featuring Adam Kuban and learned a bunch of things.  I also cooked eight pizzas over the previous 72 hours.   And, I think I've gotten a little bit better with each of those eight.  Here's a look at the undercarriage of one of the slices that I housed shortly after it came out of the oven.  Really lovely pizza chassis that I can work to modify going forward to make my own. 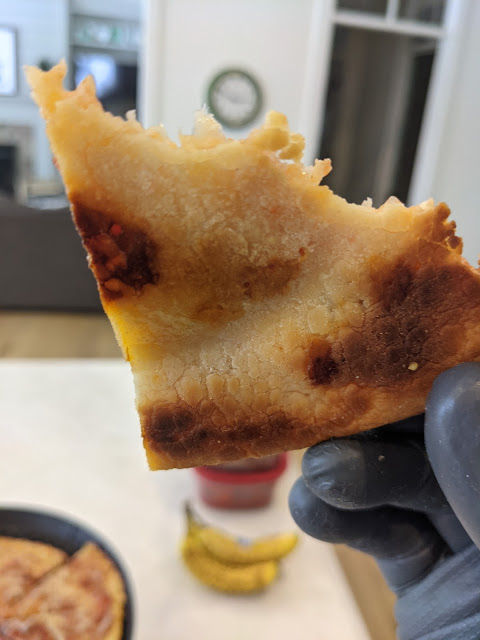 It was light, crisp, flakey and super thin. 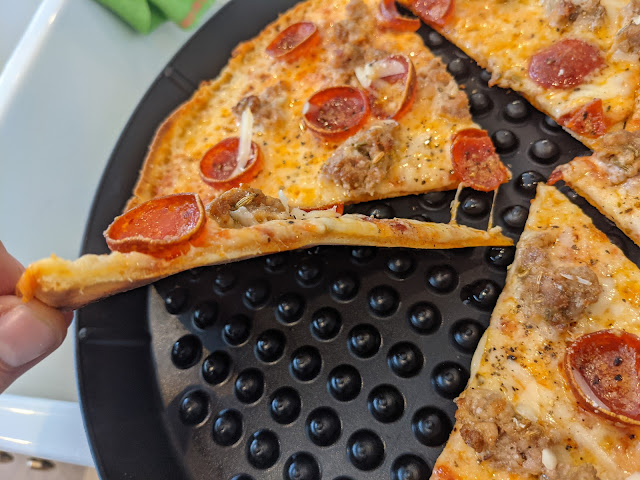 Of the eight pizzas (not pies), two of them can be classified as "stunt pizzas" - a term that I learned during the class.  One of them based on Adam Kuban's Margot's pizza menu and one of my own creations.

I think that they'll be offering more/other classes or making the class that I took 'on demand', so I don't think it is appropriate to disclose anything else from the class here online other than a few notes (below).  But, I will tell you that Bar Pizza is going to be where I'm spending my time in the near term in my home oven.