Posted by Jake Parrillo on August 22, 2011
A few days ago, we went back to the 'newest' pizza joint in Elmhurst: Pazzi Di Pizza.  I chronicled our first visit here.  I had this to say back in mid-June:


It has been open for a few weeks and there's a bit of a buzz about the place. I've heard from others that they went or are going, so the word-of-mouth is working for them. But, while they're clearly working to get the kinks out of their operation, the place shows some promise. They'll need to improve the main event - the pizza pies - but they're not that far off.

I ordered the same pie as I ordered last time:  The Diavola.  And this time?  It was markedly better.    While there is still something weird going on with the cutting/distribution of the meat, the pie was cooked longer/deeper and the cheese applied more generously.  Most surprisingly, the crust held up and wasn't floppy - which is what I hate most with Neapolitan pies. 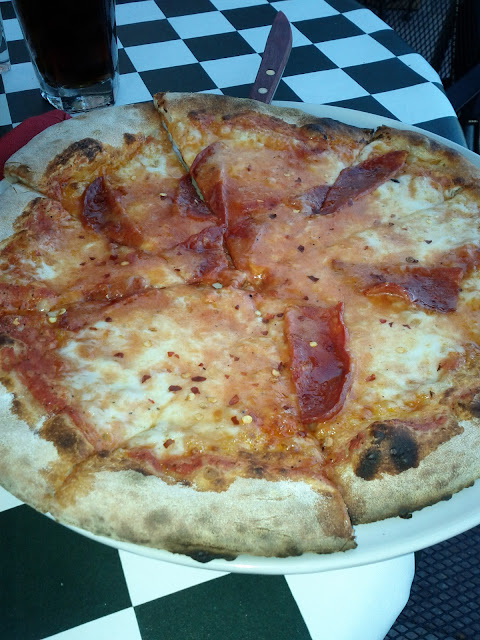 Critically, the upskirt also improved.  This time it had a much better char on the bottom. 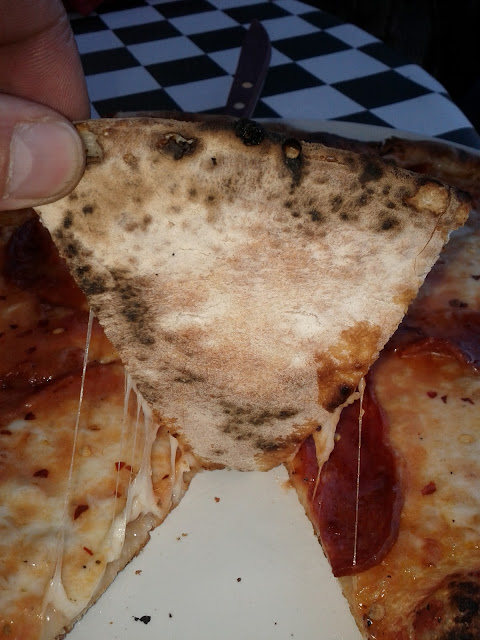 I received one obnoxious comment on the first post, and if that person is still reading/trolling, I can happily tell them that things have improved and the pies have gotten better.  They still have a nice crowd (maybe because of the big outdoor seating area?), so they're still doing good.
daily downtown elmhurst elmhurst city center Elmhurst City Centre pizza