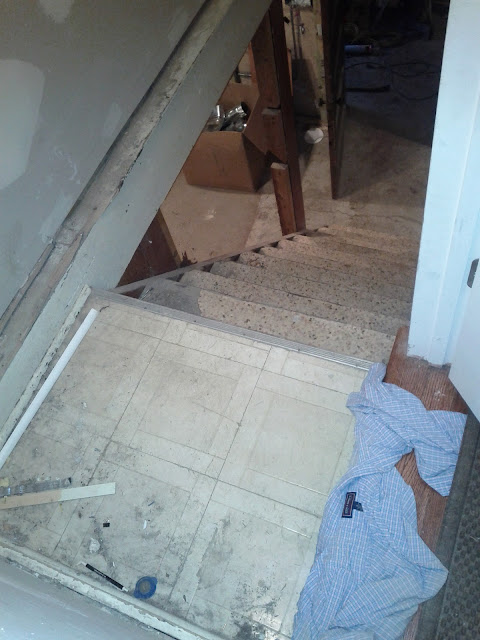 Since the day we bought the house, the basement stairs have always been one of the worst-built features of our house.  They're short, uneven, and difficult to walk down.  When we re-built the house, we moved the opening of the basement from the south side to the north side (out of the kitchen and into a hallway), but that's about it.  Until the basement project started.  Then, I figured if we were spending a boatload of dough to finish the space, we needed to get serious about the stairs.

The problem?  When they built these, they did just about the best they could - there isn't a lot of headroom and that's why they cut down the runs and the rises.

So, what was the solution?  Rebuild them and split that platform into 2 'wedge-shaped' stairs.

Here's a shot of what I saw yesterday after the the stairs had been torn out and the new stringers had been installed. 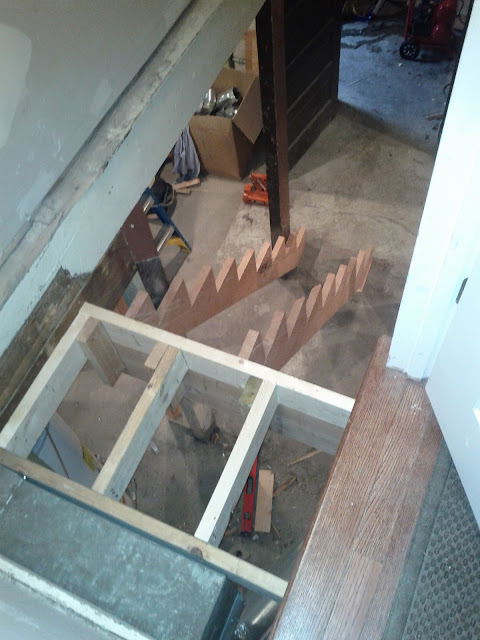 The stairs have made a big change on the feel of the basement - adding a lot of ease to getting into the basement and making everything more comfortable.
basement construction daily